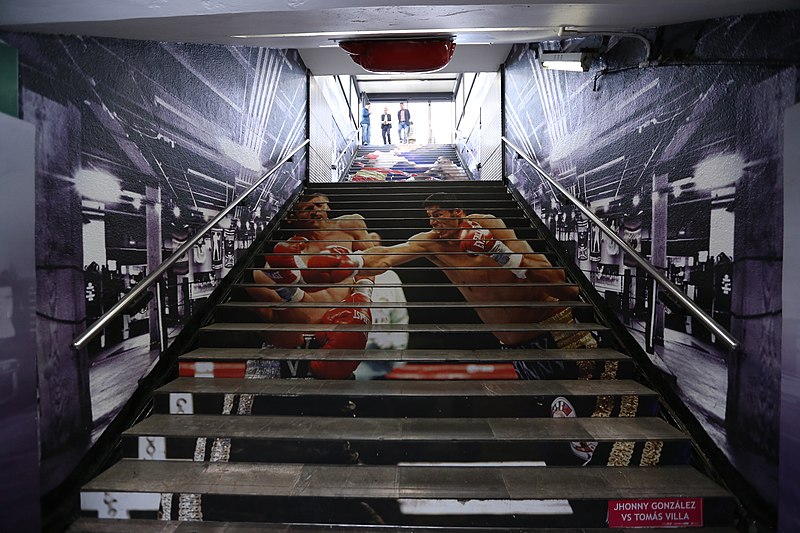 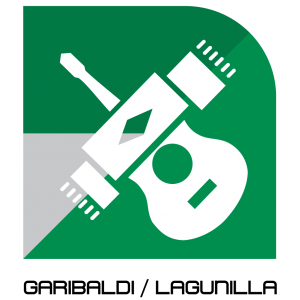 It’s important, especially when on Line B, not to confuse this station with Metro Lagunilla, one station to the east . The terminal station on Line 8, the station is usually referred to simply as Metro Garibaldi. But the name was changed in 2009 to emphasize its orientation, to the north of the Plaza Garibaldi, and inline with the thickest part of the La Lagunilla Neighborhood.

The station is especially important for travelers heading to the Lagunilla Markets and Tianguis, for example to the Sunday Antiques Market.

The station is today well-known for extensive mural-work. “Acamonchi is by Gerardo Yépiz. A team of artists, Blacksay, Mamboska, C. Hackoe A.S., Nat, Zebedeo and Padaone presented a tribute to the writer, José Revueltas.  Permanently installed in the transfer corridors is the work “Ídolos del Boxeo Mexicano,” (Idols of Mexican Boxing). “Disorderline Tsfcrew” is a graffiti mural lit by the grates to the street above. This work was completed by Prince Stein Brinks Milouz. One more, called “Viva la libertad” is by the Colectivo Boa Mistura del Centro Cultural España.

The station is roughly a five-minute walk from the Plaza Garibaldi. The station is just downstairs from the Glorieta del General José de San Martín. As Reforma traffic circles go, it’s not one of the best known, but it is among the more complicated.

Interestingly, across the Glorieta at street level, is the Mercado De Peces Garibaldi, one of the City’s few tropical and pet-fish markets.