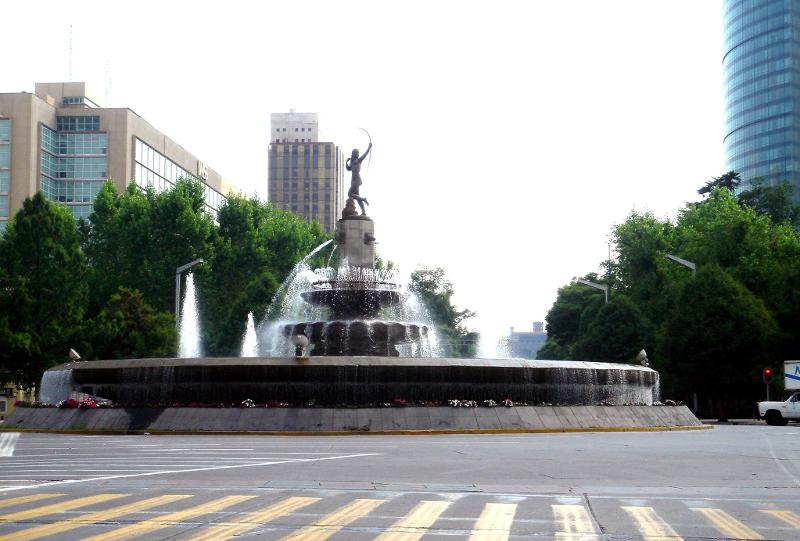 The Ten Glorietas of the Paseo de la Reforma make solid points of reference for visitors to Mexico City. There's a history to each of them, some more recent than others. But these traffic roundabouts are part of how people in Mexico City make sense of where they are, and where they've been.

Historically, they begin with a different avenue. Bucarelli, today an avenue on the rebound, was the city's first grand avenue. It meets the Paseo de la Reforma at the historical roundabout still called el Caballito. We could indeed count that particular intersection as the first of the glorietas. Truth be told, today it's mostly an intersection, and not any sort of traffic roundabout at all.

We've included it below just the same. Not very many visitors to the city will walk, or even see, all of the glorietas. But the listings below will make it easier to see and understand more of them. The Paseo de la Reforma, and it's many traffic roundabouts, the Glorietas, are a good way to get the lay of the land, and to learn a bit more as you do.