La Lagunilla was the lagoon used in ancient times to receive and offload canoes arriving to the giant and famous market of Tlatelolco just to the west. It slowly filled in, even in the early colonial period.

Like neighboring Tepito, the name La Lagunilla is not a recognized geographic entity. It's parts of the official neighborhoods of Centro I and Morelos. The map is intended to show its approximate boundaries.

The market of Tlatelolco, historically administered by the Tecpan (today's Museo de Tecpan), was broken up. Vendors relocated here, and especially to the Barrio Merced and later to the Merced Markets. These continued to receive canoe and canal boat deliveries through the early 20th century. Most of those vendors needed strong supply lines to sell food to the hungry city.

But in the newly landlocked La Lagunilla, already in 1590, an embroiderer named Amaya had set up shop. This was at the corner of today’s República de Chile and Mariana Rodríguez del Toro de Lazarín. Dresses made in the Amaya shop spread throughout the neighborhood. Even today, the neighborhood is known as a center for the garment trade.

Markets are focused on dresses and clothing, fabric, footwear, and the supplies to support related industries. You'll find food here too, and of course, the churches are ubiquitous. But La Lagunilla is a world-famous neighborhood of street markets, tianguis, and cries that echo even from the ancient lagoon. 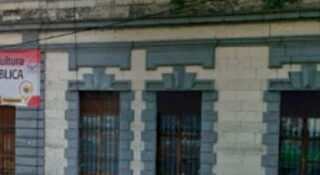