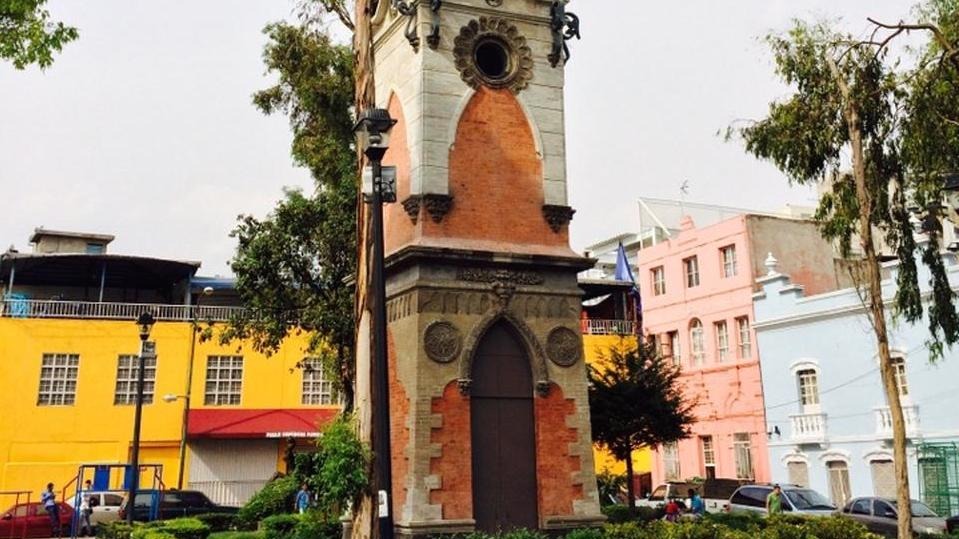 The Plaza Torres Quintero is a small park just north of the San Sebastián Atzacoalco church and hospital complex. The plaza is the site of an older Baroque style church from the 16th century. This no longer exists.

The park is arguably most famous for the tower in the northern section. No historical record exists as to who built it or why. INAH notes that it was likely designed using military standards for the time, and that it dates from the late 19th century. It was likely built merely as an ornament to the park.

The Plaza Torres Quintero often gets pressure from the surrounding street commerce. Some vendors nearly always end up in the park itself. It’s something one can’t help but notice in just about all of La Lagunilla and Tepito. Like in much of the neighborhood, the true pleasure is in finding the details through the constant obscuring tendency of the encroaching city. The result is a living breathing place.

Just a few blocks east of the equally obscured Plaza del Estudiante, it’s a remarkably old and layered place. A visit to the San Sebastián chuch, just to the south, will only heighten that impression.

Teatro del Pueblo: The Theater of the People

The market for clothing, formal wear and evening wear in Mexico City's center.

Teatro del Pueblo: The Theater of the People

A former grain warehouse on the Banks of the Royal Canal.