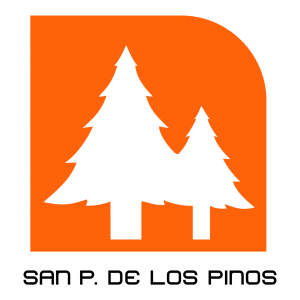 Metro San Pedro de los Pinos is on line 7 in the neighborhood of the same name. 2018 saw about 5 million passengers move through the station. The daily average is about 11,200 passengers. Like nearly all of Metro Line 7, this station is along the deep tunnel, far beneath the neighborhood above.

The station is named for the old San Pedro and Santa Teresa Ranch which bordered Tacubaya to the south for most of the colonial period. This was the case even to the end of the 19th century. San Pedro became a popular area for country estates and summer villas for the wealthy of Tacubaya and Mixcoac.

As the 20th century began, it was increasingly subsumed into the larger city. Just a hundred years ago, still mostly farmland, today it’s a very popular residential area, even with a major archaeological site proving the area’s long history.

Today San Pedro de los Pinos is increasingly looked to for inspiration. It’s widely acclaimed as one of the neighborhoods most beloved by its own residents.

International visitors arrive to Metro San Pedro de los Pinos, not just for the archaeological site, but simply to stroll the area’s walkable streets. With a market perfect for lunch, the Pyramid Cultural Center, and dozens of local eateries, there’s never been more to see.

Last stop on Metro lines 6 and 7, Rosario is the only surface level station on either line.

Easily one of the most photographed stations in Mexico City's sublime underground.

Metro Camarones is not just one of the most photographed stations, but one of the best designed and deepest.

A front door on the Parque Bicentenario, and an interesting angle on post-industrialism and mid-century socialism.

Even today, one of the most famous stations in the entire Metro System, don't go if you don't know what to look for