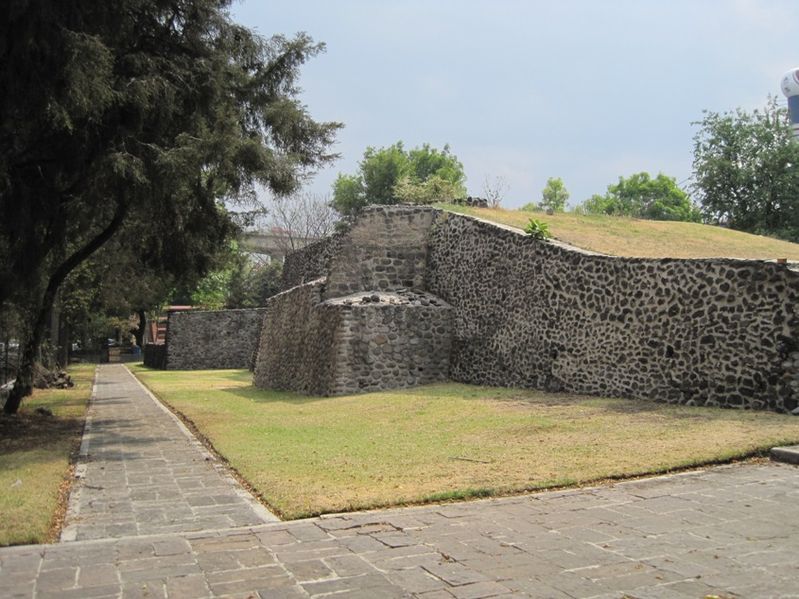 The Mixcoac archaeological site has been inhabited since the Teotihuacan era (400-600 CE). The Tepanec people arrived to the area after 900 CE. The ruins visible today are all from this last stage of occupation. Then on the edge of Lake Texcoco, it only later came to be an important religious and devotional site for the Mexica people of the Triple Alliance.

Only a small part of the pre-Hispanic settlement is preserved and what visitors can see are a Pyramid dedicated to the god Mixcóatl, a god of hunting, a platform to the east and several annexed buildings, a central courtyard, a platform to the west, a ceremonial plaza and the remains of some residential areas. On the edge of the great lake, the area also benefited from numerous waterways draining the mountains to the west into the lake.

Mixcoac is thought to have been frequented by dancers and musicians. They hosted a celebration with guests from Tenochtitlan, Tlatelolco and other nearby settlements. The festivities were likely related to hunting trips into the forest surrounding the Zacatepec hill. The Mixcoatl shrine may have been a starting point, or a mandatory religious stop prior to a hunting trip.

While the site was nearly destroyed in its entirety during the early colonial period, ceramic samples discovered here are stylistically related to Zacatenco, El Arbolillo, and Ticomán. There are also magnificent examples of vases and cajetes with clear Teotihuacan influence.

The site has been studied and excavated for more than a century, and was visible on maps drawn up as early as 1550. It opened to the pubic only in 2019.

The Nahuatl word, mixcoatl, might be translated as “viper in the clouds,” or, indeed, the place where that viper is venerated. It’s a cosmological reference to the Milky Way galaxy. The name has also come to denote several neighborhoods to the south of the historical site. Entry to the site is free.

One of the smallest archeological sites in the country, Mixcoac is just a few blocks from Metro San Antonio.