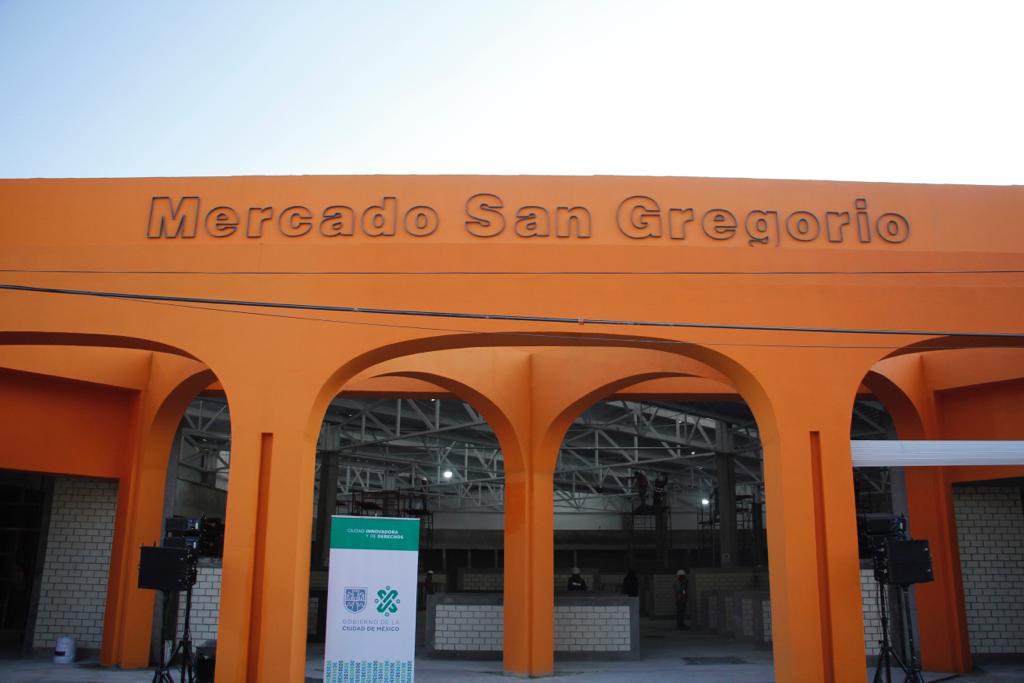 The Mercado San Gregorio Atlapulco is the town market in the ancient town of the same name. Badly damaged in the 2017 earthquakes, today it’s been rebuilt as one of Mexico City’s newest markets. Unusually, it’s not in the center of town. Though it’s not far off, the market faces north to the broad chinampas, the canal-separated fields that actually feed the market. It’s a remarkable place even on an overcast day.

The recent earthquakes affected the town far more than many other areas. Some 465 homes here suffered significant damage. Fortunately, 75% of these have been rehabilitated. But further, the rehabilitation of the market marked another strong comeback. It made room for a good 153 vendors. There’s a new specified area for prepared foods (restaurantitos, comida corridas, lunch counters, and the like). That keeps things tidy, plus the market got new bathrooms and a multipurpose area. The result is a fantastic place to eat.

International visitors look forward to better prepared food. Much of it arrives daily direct from the fields. You can practically see the fields from the entrance to the market. Atlapulco is one of the famous Chinampa Farming Towns that begin with Xochimilco to the west. That results in a positive emphasis on chinampa-originating food.

Food is more affordable. It’s also healthier and way easier on the stomach than the stream of street-based foods that international visitors often end up eating. Look for a comida corrida menu. See the town center and church atrium. The Mercado San Gregorio Atlapulco is a spectacular place to visit, and one on the road to all kinds of adventure.

One of Xochimilco's classic neighborhood markets...

A permanent home for at least some of Tulyehualco's famous festival vendors...

A teeming hive of commerce, culture, and food, it's a spectacular place for lunch and more.

The thriving center of one of Xochimilco's ancient original villages.

A most spellbinding exhibition of plants and flowers, the Cuemanco Market is wide open and always worth popping in.

One of Xochimilco's most important distribution centers for plants and flowers...

Public markets are all over the city, but a giant public flower market makes for a real trip to heaven.

One of the most inviting in the whole of La Meche, it's the Merced Flower Market

Most famous for ongoing annual celebrations, Santa Rosa is a tribute to being away from it all...