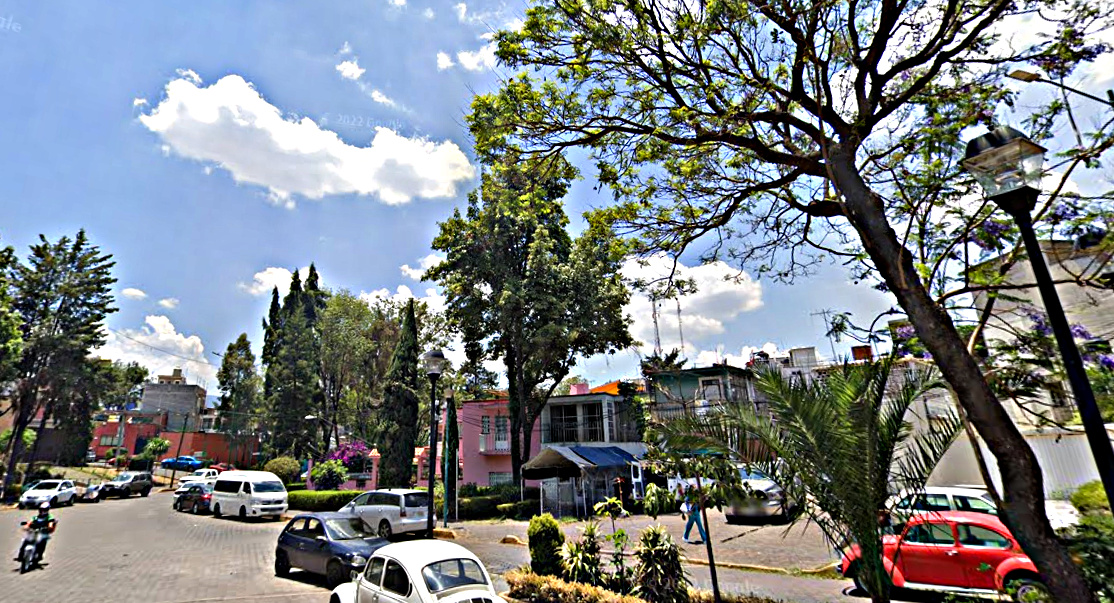 The Pueblo Tizapan is one of the least well-known of the ten original settlements in Álvaro Obregón. Just southwest of San Ángel, it’s still sometimes called Tizapan-San Ángel. In appearance, it will seem to some Mexico City aficionados like the outskirts of San Jerónimo. In fact, it shares some of the same old tributaries, today streets, to the old Magdalena river with San Jerónimo. Likewise, much of the topography and history is related.

The Town of Legend

But Tizapan is nearly as old as its rivers, and just as legendary. The name in Nahuatl translates rather simply to “on the chalk,” or “on the white earth.” Legends tell of ancient Mexica people sent here to be killed by the snakes then abundant in the area. The age-old condemned may have turned tables on the serpents though. The same legends says the Mexica convicts ended up eating the snakes. The legend may refer to the conflict between the Mexica and the Tepaneca peoples. Tizapan was a decidedly Tepaneca settlement, dependent on ancient Coyoacán.

Evangelized early, Tizapan became the domain of the Dominicans with their arrival in New Spain. Their early hermitage was converted into the Church of Our Lady of Guadalupe by the 18th century. The town was by then the seat of the burgeoning textile industry. This is remembered especially at the very east end of today’s neighborhood in the monumental Plaza Loreto which occupies some of the old factory buildings. The town was also the center of trade for the products of the many fruit orchards, fed by the same rivers powering the textile mills. Those orchards spread especially to the north and east, most famously in Chimalistac.

Tizapan grew along with San Ángel, which had become in the 19th century a community of summer residences. Among these were some considerable mansions and the neighboring town reached its own affluence, too. The Pueblo Tizapan became a neighboring community of now walkable orchards and promenades, the once strenuous industrial waterways converted to picturesque backdrops by the time early photographic cameras reached the area.

Today, the town is mentioned almost exclusively in connection with the giant Monumental Flag. That is, rather indelicately, named for San Jerónimo, too. But with the Parque Batán on one end, a major shopping complex on the other, and one of the City’s most TV-starring neighborhood markets, there’s still a lot that’s worth visiting.