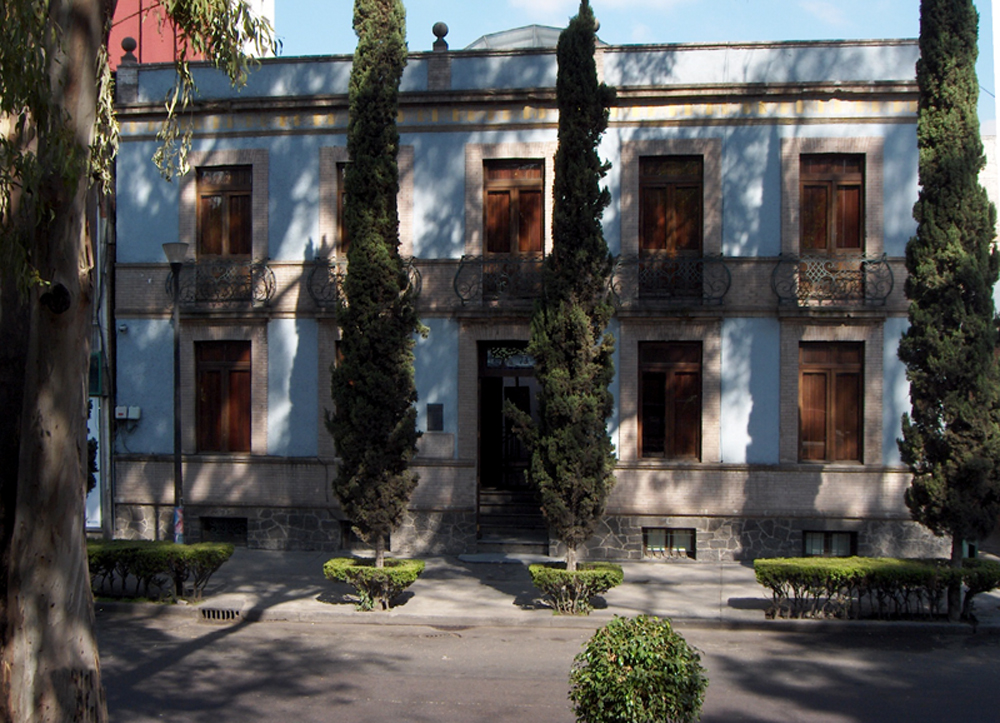 The Casa del Poeta Ramón López Velarde is housed in a magnificent building from the Porfiriato period. It was declared a historic monument by the National Institute of Anthropology and History (INAH) in 1982. In 1989, it was taken over by Mexico City. Today, it’s run as a cultural center and library dedicated to the poet’s work.

The construction date was not recorded, but architectural historians have dated it to the middle of Porfiriato. It was inhabited by middle-income families in a growing part of the city.

The poet Ramón López Velarde lived in the building for the last three years of his life, from 1919 to 1921. By the end of the 1980s, the building was set to be demolished. In 1981, the Zacatecas State Government put a plaque on the façade to commemorate the 50th anniversary of the death of López Velarde, and the INAH then declared it a historical and artistic monument. Thus protected, in 1989 the Federal District Department acquired the property and made extensive renovations. Patios were roofed with skylights to increase the available area and ensure a better conservation of the property.

Today, the Casa del Poeta Ramon López Velarde building hosts frequent literary and artistic events, in addition to the Salvador Novo and Efraín Huerta Libraries. The museum collection includes books, photographs and other items related to the life and work of the poet. It’s just a few blocks from a park renamed for the poet in 1985. López Velarde used to walk there when it was still a cemetery.

Ramón Modesto López Velarde Berumen was born in Zacatecas in 1888. He died in Mexico City in 1921 at the height of his fame. In his day, he was widely considered “the national poet of Mexico.”

His work is deeply entwined with the Mexican Revolution. An early supporter of Francisco A. Madero, López Velarde’s 1919 book, Zozobra, is often considered by critics as his best work. José Vasconcelos Calderón took up his work upon the poet’s death in 1921. The literary group, Los Contemporáneos, then saw in López Velarde the beginnings of modern Mexican poetry. Their continuing reference to his poetry emboldened his legacy.

A complete study on his figure was carried out by the American, Allen W. Phillips, in 1961. This then influenced an illuminating study by Octavio Paz, included in his book Cuadrivio (1963). A 1989 biography, Un corazón addicto: la vida de Ramón López Velarde, by the writer Guillermo Sheridan is likely the most complete to date.

López Velarde’s work is said to mark the transition between modernism and the avant-garde.

A new private space for one of Mexico City's most influential cultural figures...

One of the city's favorite parks is in Condesa and it's nearly a hundred years old.

An academic institution and an important center for learning, arts, and culture, the Casa is the most prominent address on Álvaro Obregón.

Digging into the urban, cultural, and design issues that keep The City turning, it's a major Colonia Roma focal point.

One of the most exceptional of Roma Norte's many distinguished buildings...