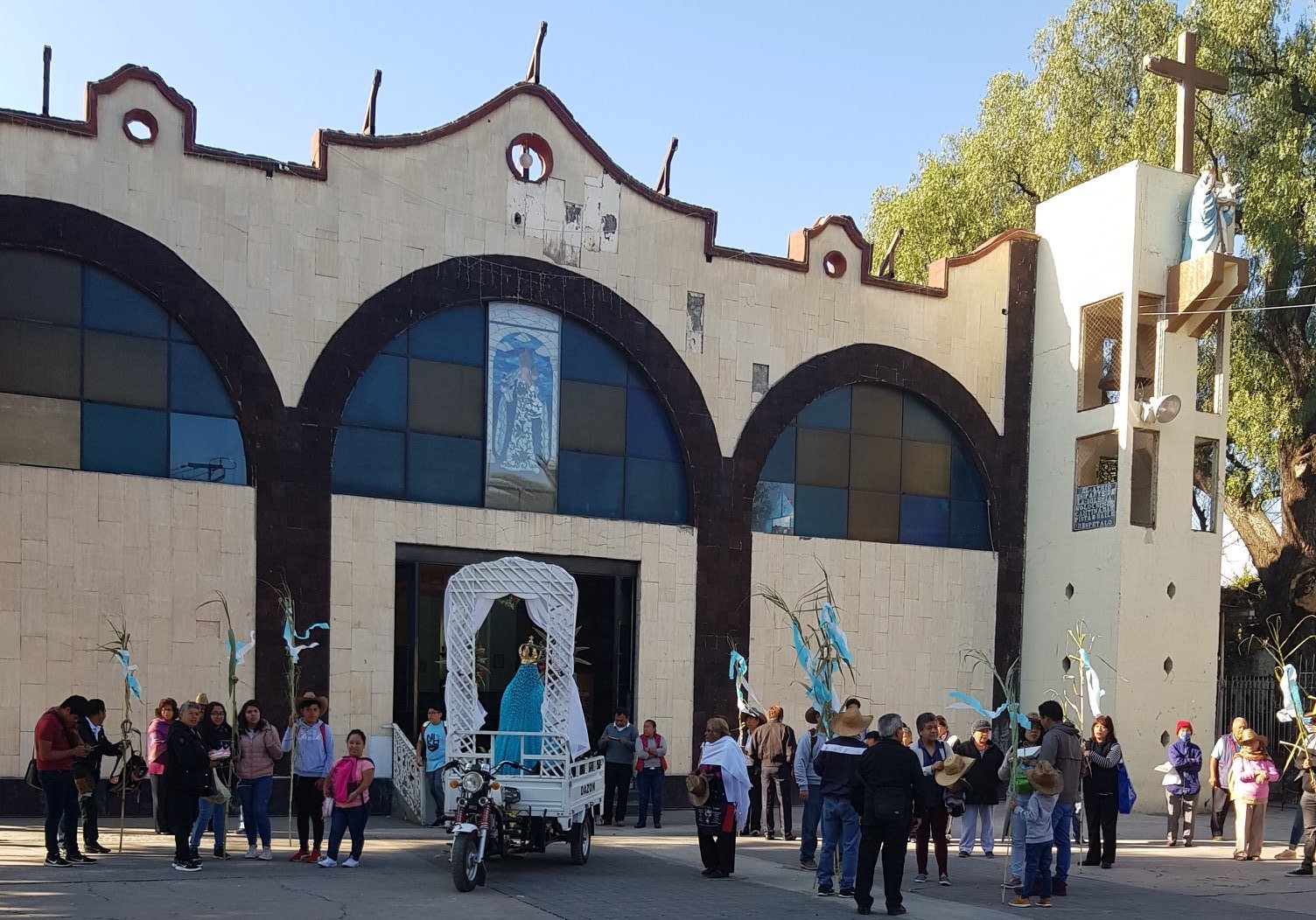 La Candelaria is little known among the original villages of Coyoacán. Just about dead center in the district of today, it’s just a bit north of the Huayamilpas Park. Perhaps obviously, almost all of the Pueblos Originarios of Mexico City pre-date the arrival of Europeans in the Americas. Here you can see it in the seeming chaos of crooked streets that make for hours of wandering. If you’re not lost at one irregular intersection, you will be around the bend.

A La Candelaria church was finished already in the 16th century. What remained of it was demolished in the late 1950s. But in 1577, 40 families were granted rights to town, and the church had jurisdiction over most of the surrounding territory. The town they built is the neighborhood of today.

What we see today was the rebuilt church, finished in 1979. The arches surrounding the current atrium were removed from the old church and rebuilt in their current places. The neighborhood feast of La Candelaria is here centered around a painting that, according to legend, came from Guatemala some 400 years ago.

For international visitors, simply a walk around the town can be breathtaking. The logic is one of unpaved footpaths in a grassy village. They only later saw themselves immortalized in stone.

One need only walk dead east about 45 minutes (it’s ten minutes in a taxi) from Metro Copilco, along the Avenida  Pedro Henríquez Ureña. More likely though, people arrive to La Candelaria for some other reason. The vibrant town offers so much by way sheer crooked charm and likeliness, that few will ever forget it.

One of the cobblestoned original villages of old Coyoacán...

One of Coyoacán's seven original villages and a treat to visit...

One of Coyoacán's seven original villages, Los Reyes is a marvel...

An old peak visited by Moctezuma still stands out in the landscape...

One of Iztapalapa's best and most innovative culture and community centers...

A market dedicated to the fallen in San Ángel...