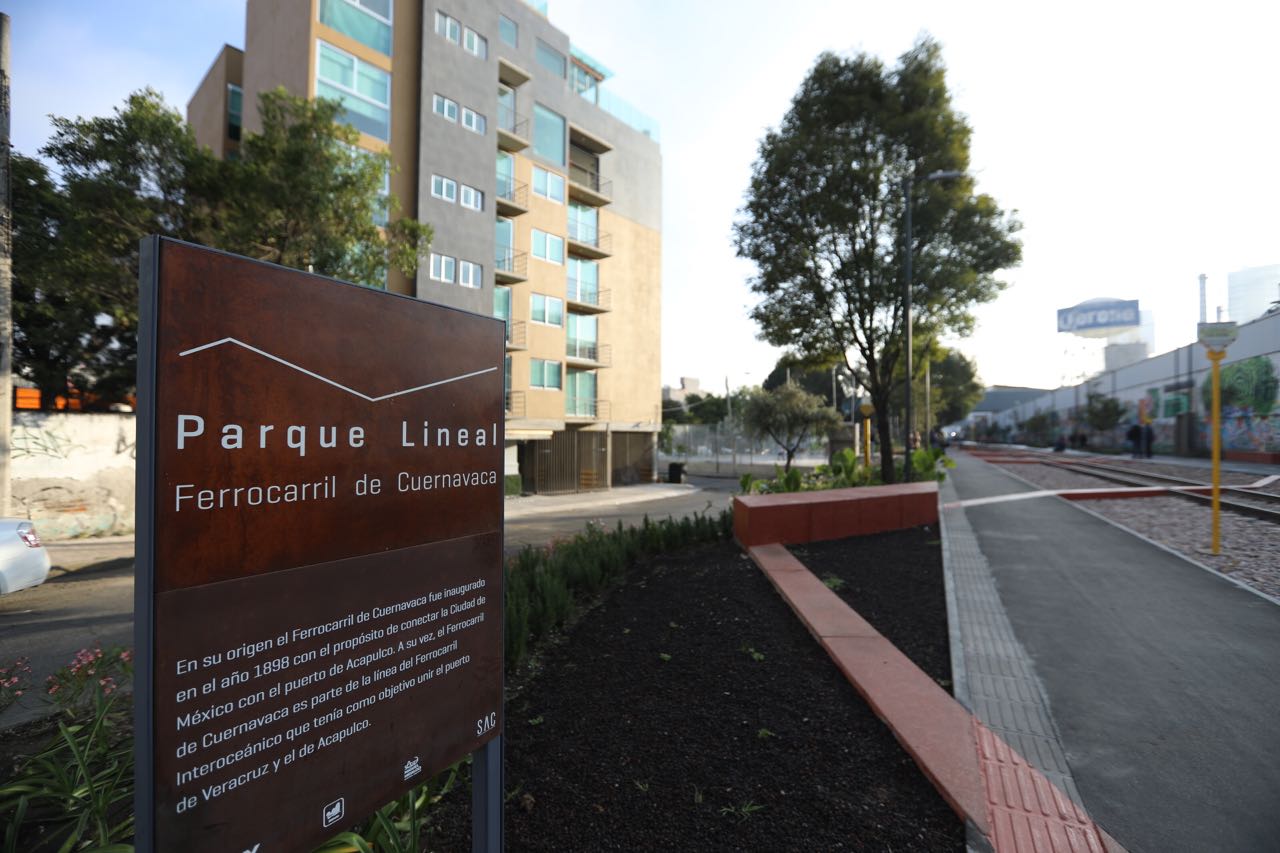 The Parque Lineal Ferrocarril de Cuernavaca opened in 2017. It’s an urban “Rails-to-Trails” park that puts green into some of the City’s densest development areas. The park is said to benefit some 40,000 residents, and it’s not hard to believe when you visit. It runs northeast to southwest, ending up just behind the Soumaya and Jumex museums in the Granada neighborhood. The stretch is, not coincidentally, also the beginning of the extended 60-km Cuernavaca Railroad Bikeway.

The park directly borders on the neighborhoods of Granada and its Ampliación, Cuauhtémoc Pensil, Modelo Pensil, and Dos Lagos. The project resulted from 130 different proposals for how to best use the space. When this was narrowed down to five finalists, organizers toured the neighborhoods and interviewed residents. The result is something to see.

One of the City’s most innovative new public spaces, it’s a greenway and a thoroughfare. As a bikeway, the Parque Lineal is even an alternative transit corridor. It’s also one that’s regularly well-used by thousands of residents. Just a few blocks south of Metro San Joaquín, it makes the trip across Granada to attractions on the other side of the neighborhood a lot more pleasant.

The Classic Mexico City Market at the heart of two Benito Juárez neighborhoods.