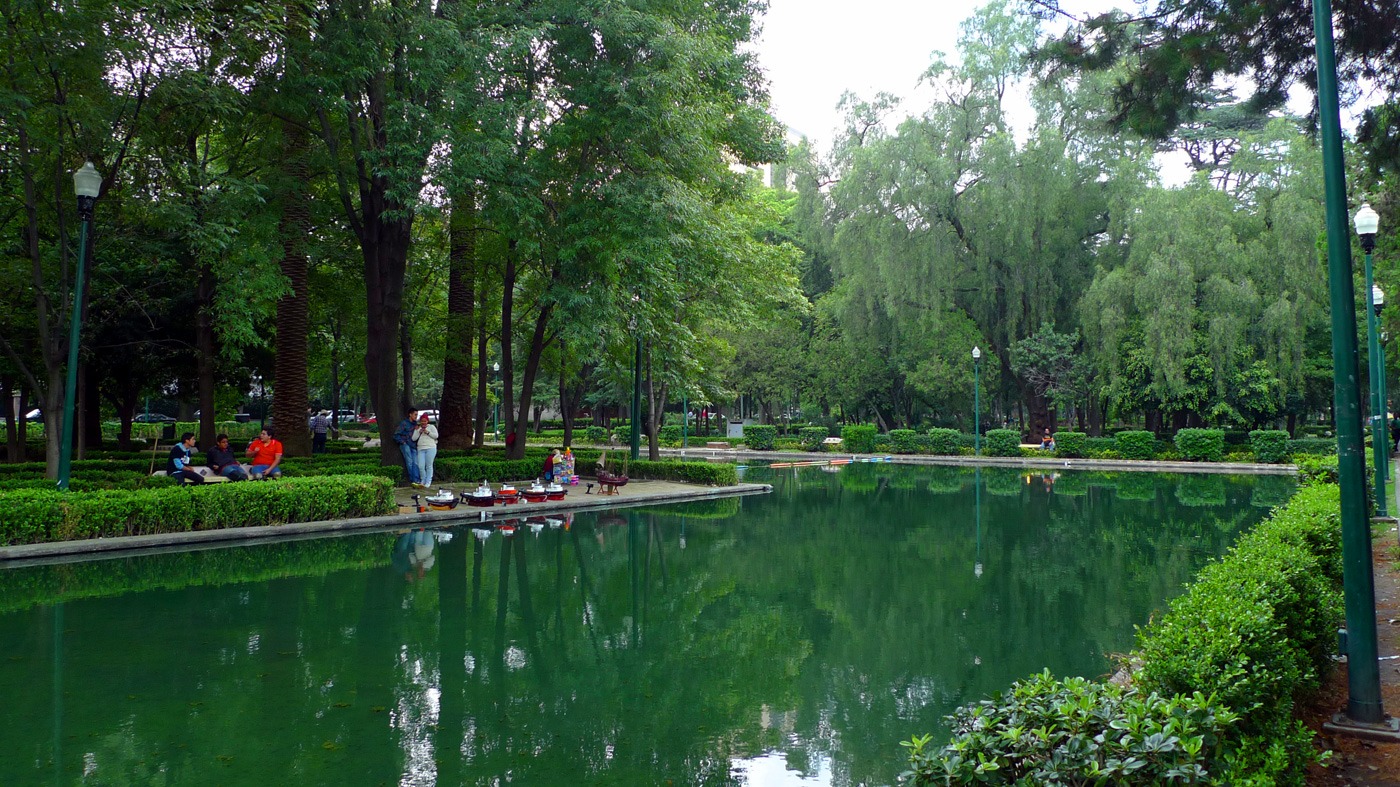 The Parque Lincoln in Polanco is one of the City’s most pristine and manicured parks. Perhaps the poshest part of Polanco, it’s surprisingly accessible, and frankly, quite a big park.

The first park designed just for the neighborhood, it’s surrounded by homes and apartment buildings, but lends a great deal to the area’s sense of openness. It was opened in 1938 by President Lazaro Cardenas. At the time it was called both Parque de Polanco, and Parque del Palomar for its aviary. The great clock tower lends its image to the Metro Polanco station just a few blocks away. The park also hosts the Angela Peralta open-air theater, and a few small ​​aviaries. It’s best known for the two reflection pools in the center of ​​the park, These are frequently used for model ship races and flotillas. Some can even be rented. The playground is easily the biggest in the area. They also lent their name to the earliest version of the park, Parque de los Espejos. That name referred to the pools’ reflective qualities as imagined by architect Enrique Aragón Echegaray. He built both the theater and the clock tower as part of his work on the early Polanco subdivision.

The park is today named for Abraham Lincoln who very famously opposed the US Invasion of Mexico between 1846 and 1848. Statues of both Abraham Lincoln and Martin Luther King stand in the park. The Lincoln statue was the gift of President Lyndon Johnson in 1966.  The park’s name was changed to Parque Lincoln shortly thereafter. The statue is titled “Abraham Lincoln: The Man” by Augustus Saint-Gaudens in 1887. Sometimes called “Standing Lincoln,” an original is in Lincoln Park in Chicago.

For international guests, the Parque Lincoln is an important landmark. It’s also a very convenient place to meet, on a walk back from Chapultepec Park, or when arriving simply to enjoy the surrounding shops and sidewalk cafes.

The Turibus Stop (Polanco Circuit) is called Julio Verne / Polanquito. It’s in the center-north of the park, on the southbound lane of Julio Verne. So the Turibus leaving here will be proceeding back to the Auditorio Nacional. The Polanquito Restaurant is one block northwest on Oscar Wilde, in the Pasaje Polanco shopping center.

A FARO just for filmmakers and filmmaking!