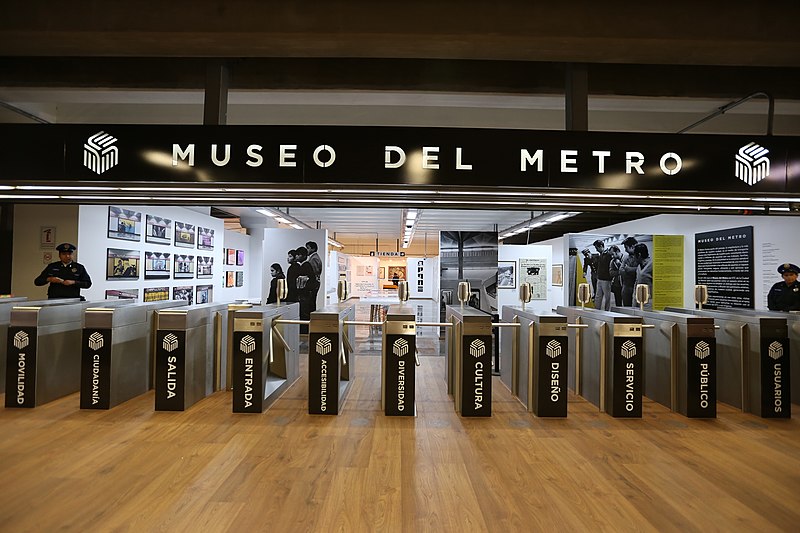 For some visitors to Mexico City, the Metro system is going to capture their hearts. The Museum of the Metro is intended to fulfill everything they’ve wished for. In the Mixcoac station on Line 12, it may be the easiest museum to get to, as you needn’t even leave the subway!

The funny thing is, it’s not even the first museum operated by the metro system. There’s, of course, the Hall of Science in Metro La Raza, and the not-to-be-missed Temple to Ehecatl-Quetzalcoatl in Metro Pino Suárez, and that’s still only the beginning.

Part of the reason the Metro is so fascinating, is that it’s always a microcosmic view of everything going on in all other parts of the city. Even those distant from the Metro  system will show up in the Metro. If you haven’t looked at the Metro FAQ page, please do so now. And remember:

While every trip to Mexico City tends to include some museums, and a trip on the Metro, not every trip on the Metro is as well explained as it could be. The Metro Museum is intended to address just such situations, and leave you knowing more than when you went in.