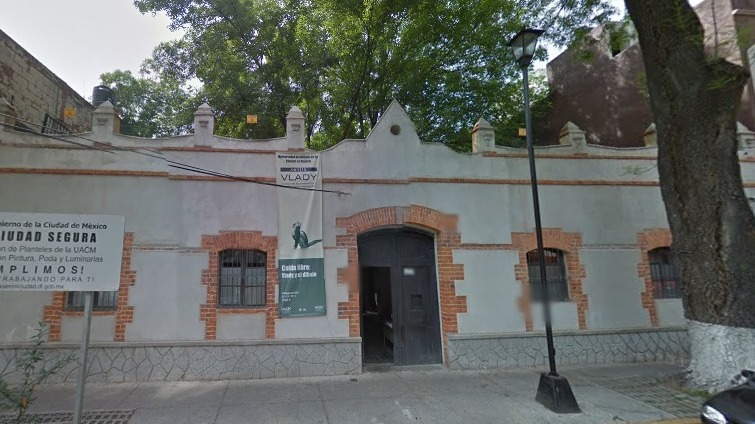 The Centro Vlady is an important cultural and historical repository in the City’s Insurgentes Mixcoac neighborhood. The center is dedicated to safeguarding and studying the work of the Russian painter Vladimir Kibalchich. The considerable collection includes artwork, notebooks, and archival materials that record his considerable political and cultural life in Mexico from 1943 to 2005. The center is the frequent site of conferences, film screenings, theatrical works, exhibitions, publishing, and artistic presentations.

Vladimir Victorovich Kibalchich Rusakov (1920–2005) was a Russian-Mexican painter, who came to be known as “Vlady” in Mexico. He arrived as a refugee from Russia with his father, the writer Victor Serge, in 1943. Serge had been a secretary to Leon Trotsky who also famously departed the USSR for Mexico. The father and son had been internally exiled as Trotsky supporters to Siberia in the 1930s. They were permitted to leave the USSR in 1936, and were forced from Europe by the war in 1941.

After short stays in Maurtinique and the Dominican Republic, they arrived in Mexico. Vlady quickly became part of the City’s artistic and intellectual scene. His first solo exhibition was mounted in 1945, but his father died only a few days later. He later achieved wide notoriety in the 1960s. In the 1970s, he was invited to paint murals at the Miguel Lerdo de Tejada Library. These can be visited today. In 1986, the Palacio de Bellas Artes mounted a major retrospective of his life’s work. The centenary of his birth was celebrated by the center in June of 2020.

The center resulted from Vlady’s own donation of some 4,600 artworks from his own collection. About 1,000 of these make up the collection of the Centro Vlady. Today the center is administered by the Universidad Autónoma de la Ciudad de México (UACM).