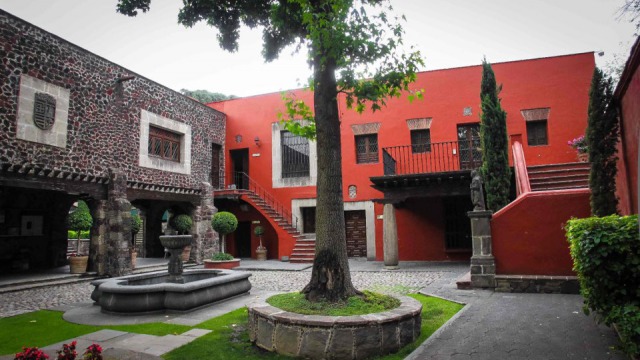 The Casa de Joaquín Fernández Lizardi is today a part of the private, Catholic Universidad Panamericana. Although the school has modified the building to suit its own needs, it remains much in outward appearance as it was at the turn of the 18th century.

The building bears a plaque dated 1738. It is thought to have originally served as a small textile factory producing a high quality silk for the New Spanish elite.  It later became home to one of the most important writers of the independence movement.

The building also has a plaque dedicated to Nobel Laureate, Octavio Paz, a native of Mixcoac.  The Casa de Joaquín Fernández Lizardi building is sometimes open to visitors to the Panamerican University.

It’s just a stone’s throw from the Church of Santo Domingo de Guzmán and the Plaza Jáuregui.

An important historical home from the late 1840s...

An important historical landmark in Mixcoac...