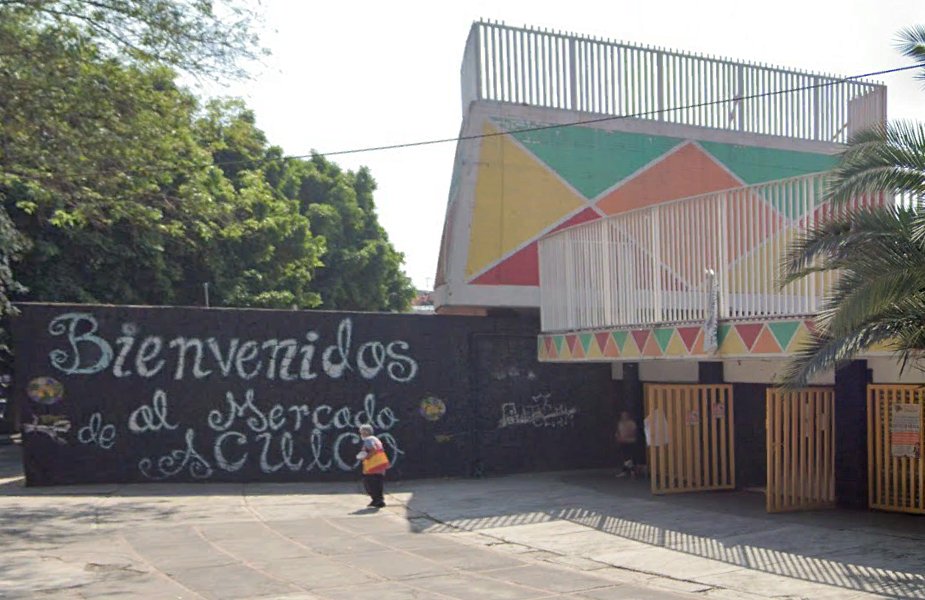 The Mercado Aculco should be one of the most photographed public markets in Mexico City. Perfectly circular, it dates from 1972. It serves the Pueblo Aculco, and the San José Aculco neighborhood on the other side of the Río Churubusco. And while true architecture buffs might say it’s not exactly a marvel, it is photogenic. It occupies a surprisingly tree-filled corner of the town of Aculco, and it’s shadier and more pleasant than one might imagine.

A 2017 UAM study noted the market is permanent home to some 122 vendors. There are likely a few more outside. The market is just south of the Aculco church grounds. That’s the more traditional center of Aculco. One of 15 pueblos originarios in Iztapalapa, it’s another reason this near 50-year-old but thoroughly modern marketplace is such a treat. If anything, it seems to hold a conversation with the equally ultra-modern replacement church, next to the old Aculco Chapel.

Aculco has its own stop on the Metro, Line 8. International guests usually arrive on a visit to the old town. More likely, the Centro de Abastos is just a stones throw away, too. The Mercado Aculco has nothing of that tremendous size, but it is a very successful and much loved neighborhood market. It’s a great place for eating, even if you’re not marveling at its construction.

One of the great central town markets in Iztapalapa...