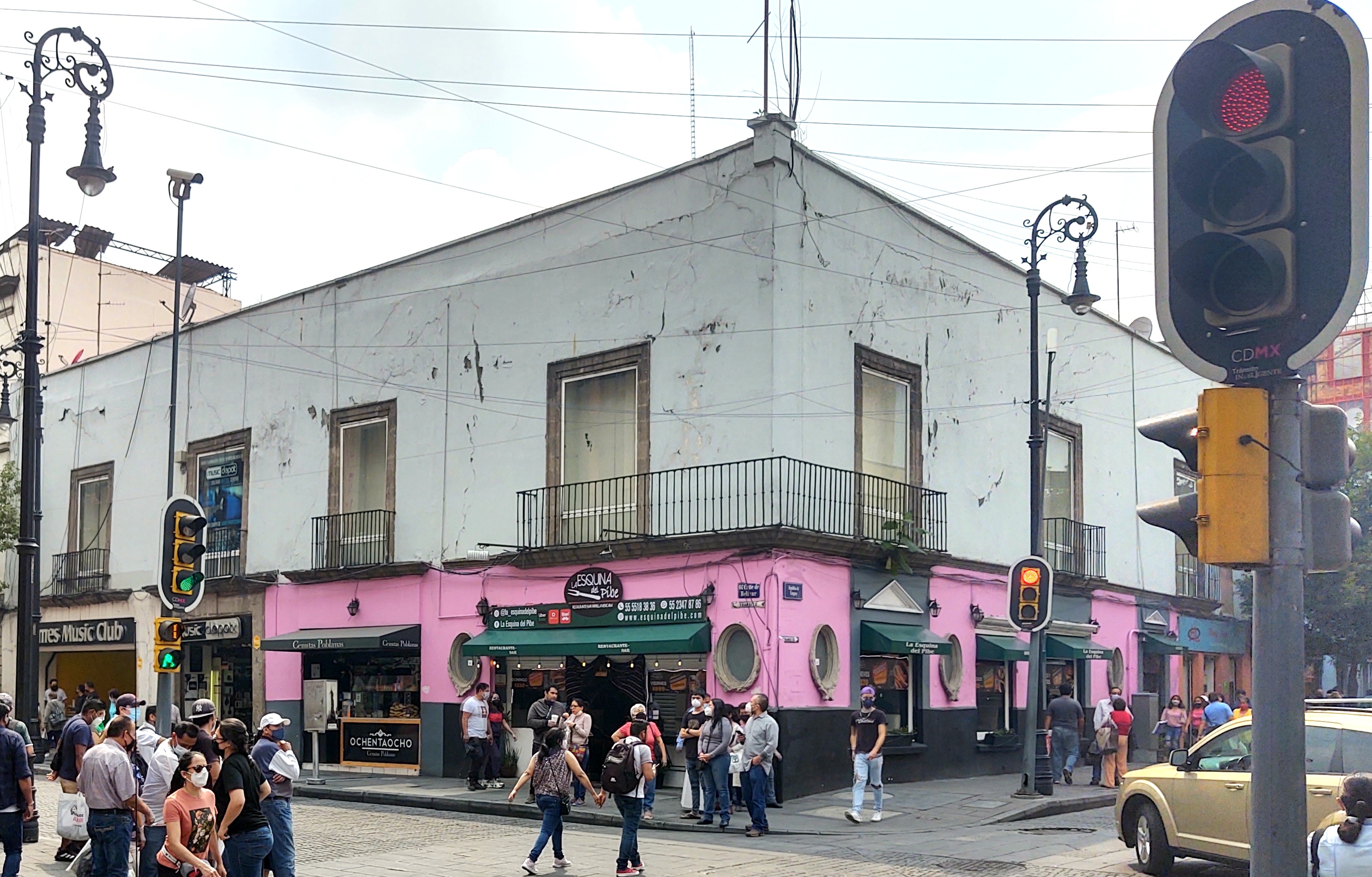 The Casa de las Marqueses de Uluapa probably has the unique distinction of having a misnamed pretender just a few blocks away. That Casa de la Marquesa de Uluapa was in fact never owned by said Marquis.

But, perhaps it’s even more famous for the nearly unique five stone rimmed oval windows. These can be seen in the photo above. Passersby seem to know something happened here.

That something was a 1799 visit by Simón Bolívar. His stay here was documented, and it’s fitting for the street outside was later re-named in his honor. In 2008, the Venezuelan government, along with the Mexico City Government, placed a plaque here noting the fact.

The building is unfortunately not very well preserved. Modifications, especially on the street level, have altered it considerably.

The building dates from the late 18th century. Perhaps less famously, in 1836, the Marquis of Uluapa, Alejandro Acevedo y Cosío, gave the house to his mother. After a number of exchanges in ownership, it eventually came to be owned by General Porfirio Díaz, then the President of the Republic, in 1881.

The Marquis of Uluapa was originally Diego Estrada y Galindo, who is thought to have descended from one of the Spanish Conquistadors named Francisco Franco. He received the titles of Vizconde de Estrada and Marquis de Uluapa, by royal decree in 1710. The Marquis de Uluapa title likely derived from his estate in Michoacan. The house is thus named for the line of Marqueses. Some number of bearers of that title owned the house until it was finally sold by the family in the 1840s.

Today, the Esquina del Píbe restaurant has taken up residence. “Píbe” is an Argentina term meaning something like dude or bro. And so, we can conclude it’s a relaxed and inviting place for lunch or dinner.

One of the most haunted places in the City Center...