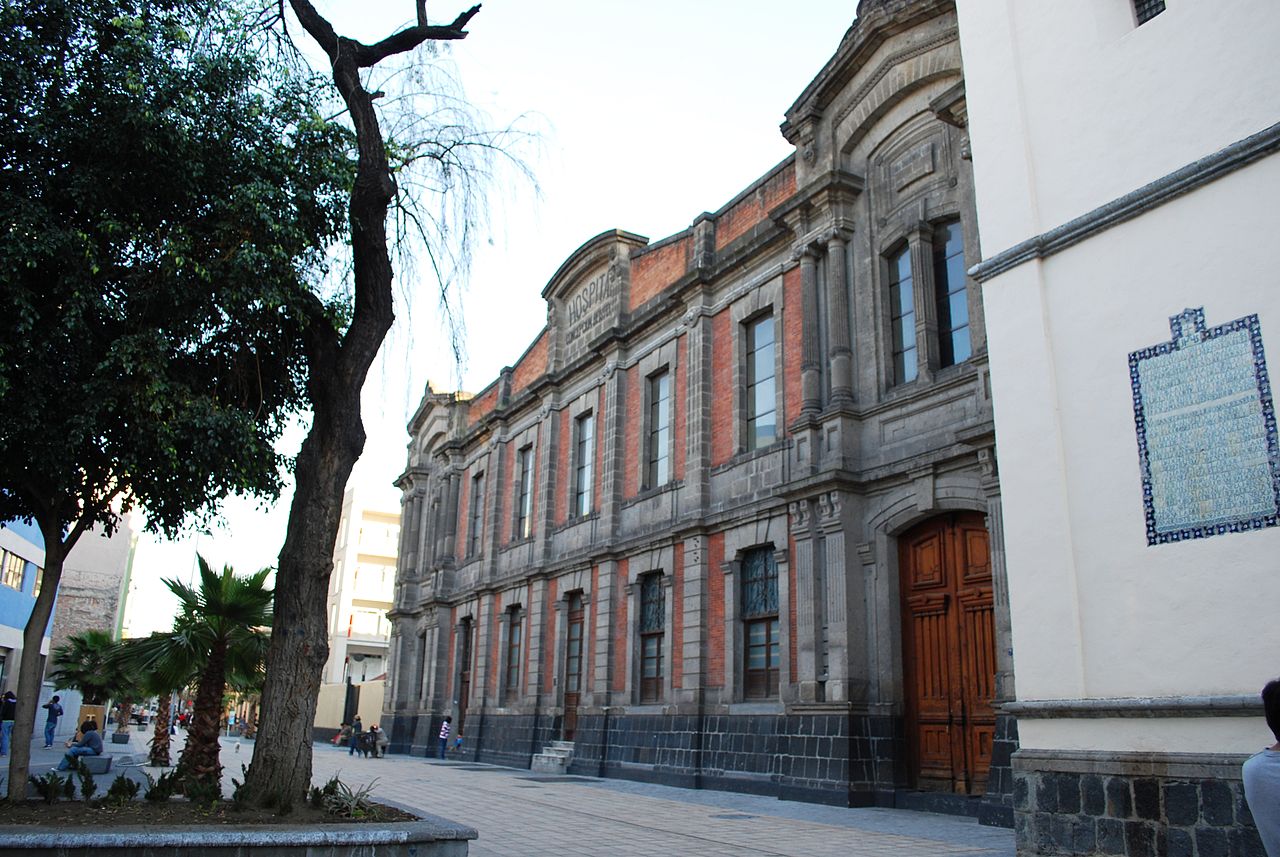 The Hospital Concepción Beistegui is today best known for hosting the popular Jekemir coffee shop on the ground floor. In fact, the hospital opened in 1886 at what had been the Regina Coeli convent. At its height, the hospital employed some 50% of Mexico City’s medical practitioners. Between 1916 and 1934, the hospital was home to the Mexican Red Cross.

During the Mexican Revolution, the Hospital only barely operated. In 1927, a board of trustees was created to put it on a more sound footing. But by 1984, it had ceased any medical function and re-opened as a home for the elderly three years later.

The hospital is named for Concepción Béistegui. She was a well-known philanthropist who assisted the nuns expelled from their homes and convents during the Reform period of the late 1850s. From a wealthy Guanajuato family, she was the only one of her seven siblings not to marry. Her acumen was then dedicated to assisting the religious organizations of her time.

Considered an outstanding hospital of the period, the Béistegui hospital’s benefactor never knew it had been named for her. Today the site is still operated as a nursing home but also as a museum and historical archive. The collection is intended to preserve the bibliographic and archival materials, as well as the apothecary, a photo library, and medical and surgical equipment of the 19th century.

The documentary collection includes some 274 files including some 4,000 medical records from 1871 to 1974. But more of interest to international visitors are the medicinal botany studies kept in painted ceramic vases. The antique cabinetry and the finishing of the hospital installations make the Hospital Concepción Béistegui a particularly curious stop on your way down the Calle Regina.