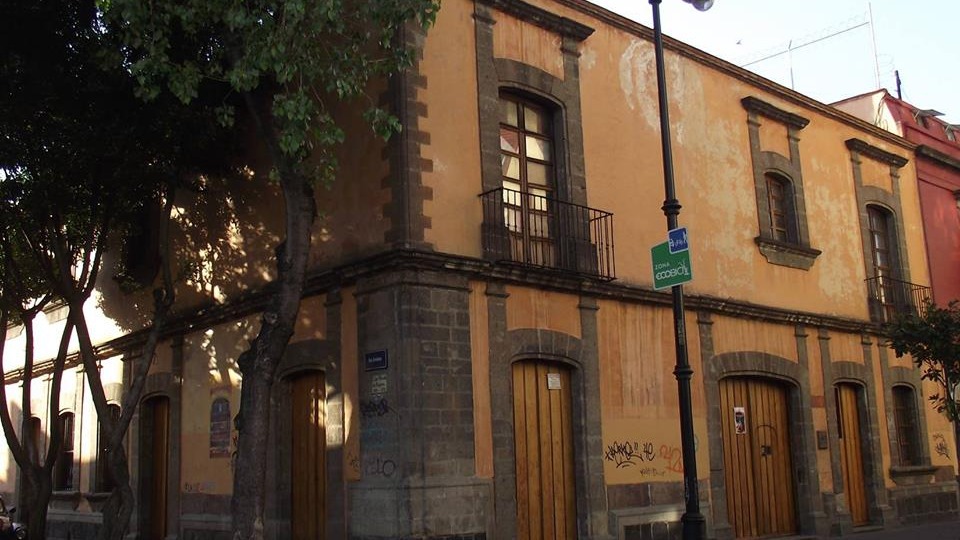 The Casa de la Acequia is a colonial building on the pedestrian-only calle San Jerónimo at the intersection with Isabel la Católica. The acequias constituted a complex network of canals that distributed agricultural produce throughout the ancient island city. These began seriously drying up only in the 18th century. They were later covered over entirely.

A a colonial era traffic-control tower regulated canoes and barge traffic here for many years. The canal was called the Acequia de Rodán, and it remained in use for much of the colonial period. Today the street is the Calle Regina. The tower later was developed into this house which surrounds a patio following the contours of that original canal.  The same patio may have had loading docks for receiving produce sent from as far south as Xochimilco or even further. The architecture surrounding the patio is of great interest to architects and historians for just this reason. Some remains of the canal also survive beneath the dining room.

The present house was greatly enlarged in the 18th century. At that time, it was the property of the Count of Guadalupe del Peñasco. The building is said to have later been used as a beguinage, that is, as a home for Alumbrado nuns, possibly of a late gnostic order. They may have been, more simply, not affiliated with one of the dominant orders of the time.

The Casa de la Acequia came to later house the Ateneo Español, that is, the Spanish Athenaeum. It was founded by Spanish refugees arriving in the wake of the Spanish Civil War and the rise of the Franco regime. Still very well preserved, today the building is used for conferences, exhibitions, and book presentations and today sometimes works as a cultural center. The building is presently home to the Madero Librería, an antique bookseller, who may allow you to glimpse at least some of the interior.

A contemporary art and installation gallery in the Claustro de Sor Juana...

The convent that sheltered the brilliant Sor Juana for 27 years of her life is today a University and Museum.

A breathtaking stretch of late-18th-century housing...

More than a sunny backdrop to a coffee shop, it's a museum and retirement home too.