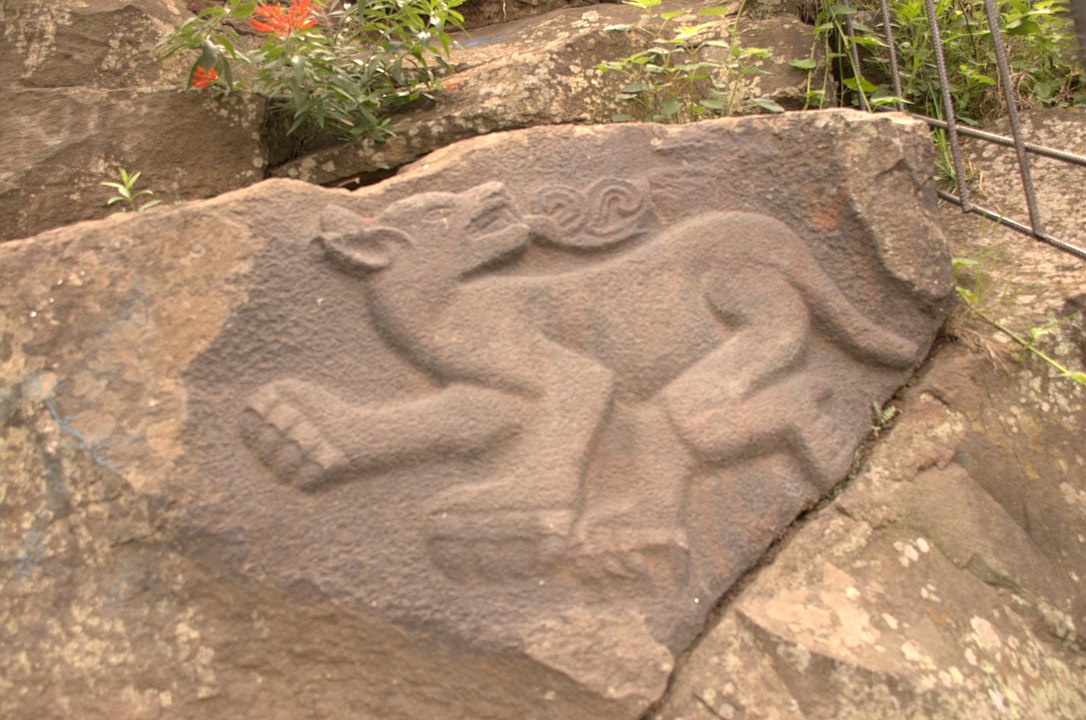 The site is some three kilometers long. It connects Santa Cruz Acalpixa to San Bartolomé Xicomulco, a distant small town in Milpa Alta. It was a ceremonial center and today you’ll find an observatory, a shrine, and a walkway leading to the highest part of the hill.

The site was occupied by numerous Pre-classical peoples, among them Cuicuilco, Copilco and Tlatilco groups. The area is believed to have been first settled by the Xochimilca Lord, Acatonalli around 1265. The traditional town founding was in 1254 CE. Most of the petroglyphs visible in the area are believed to have been carved between 1450 and 1521 CE.

An agricultural people, the Xochimilca here survived by using the chinampa system of farming, and growing chilis, beans, squash, and corn, naturally. Cuahilama, a Náhuatl word meaning “head of an old woman” served as an observatory, a shrine, and as a causeway running east – west and providing access to the top of the hill. Here what was likely a ceremonial area was located next to terraced agricultural plots. Residential districts covered much of the area as did a military training area.

The present site is most famous for the petroglyphs on the hillsides and surrounding slopes. These express Xochimilca cosmological and world views, and have been attributed to ceremonial functions and deity veneration. Among those visible today are the following.

See the Xochmilico Map for ideas on getting there. A taxi ride from most boat launches is usually less than ten minutes.

The Mercado de Santa Cruz Acalpixca is about an 8-minute walk from the archaeological zone entrance.

Azcapotzalco's deep, meaningful claim to a place in the history of the Valley of Mexico.