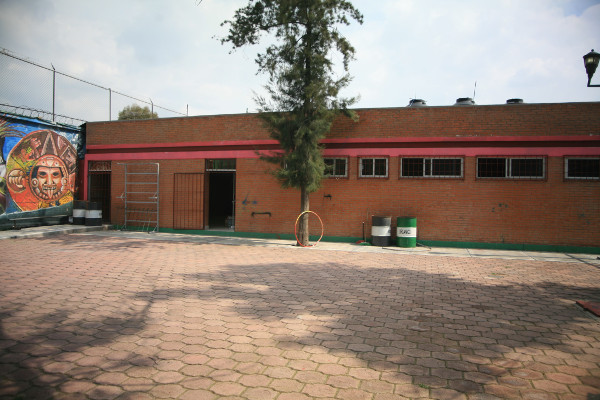 The Colonia, as opposed to the Pueblo, is one of the mid-20th century’s great early housing developments. People started moving here from all over the City in the late 1950s. The people already here were some of the most disadvantaged. Many eked out a living from the garbage landfill that came to be the great Parque Cuitláhuac to the north. By 2011, there was a need for a better library and access to the culture and learning that the entire community brought to the table.

The cultural center is an important center for community learning and exchange. It’s also caddy-corner from the Mercado Santa Cruz Meyehualco which can be visited at the same time.