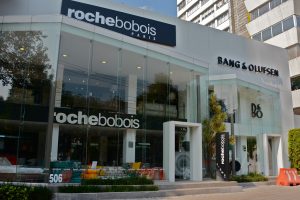 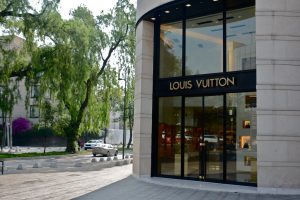 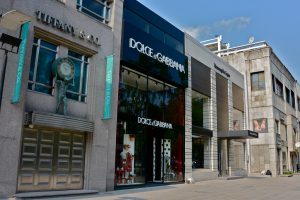 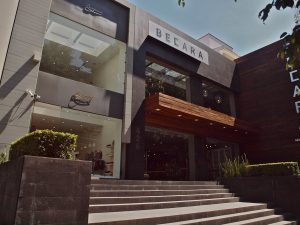 The Avenida Presidente Masaryk is known simply as Avenida Masaryk to most of Mexico City. It’s one of the defining features of the Polanco neighborhood, and has done much to define the contour and reputation of the over all area.  Long considered the most expensive street in Mexico, the street dates from the earliest days of the neighborhood in the 1920s. It was all laid out from the former Hacienda de los Morales.

The street was renamed for Presidente Masaryk during the Lázaro Cárdenas administration and upon Masaryk’s death in 1937. This roughly coincided with the 1938 opening of the giant Pasaje Polanco, a still-successful residential and commercial complex. That opening would begin to cement the area’s reputation as a commercial and shopping hotspot.

By the late 1930s, the affluent from further east in Mexico City were joined here by Polish, German, Lebanese, Spanish and Jewish immigrants.

By the 1960s,  that it began to gain fame as an area for the upper class, but in the 80’s it gained strength, due to the emergence of the first luxury goods establishments.

Along this avenue you can find the National Conservatory of Music, different government and private industry offices, as well as restaurants of famous chefs. By the 1950s, Californian and neo-colonial architecture was well established, not only on Masaryk, but on many of the residential side streets.

In 1960, the area took off as a center for luxury and imported goods that simply weren’t to be found anywhere else. This would continue until the 1980s when economic contraction elsewhere would only result in more and more growth for the avenue.

In 2000, the Czech Republic made a gift of the Statue of President Masaryk on the main roundabout on the street. It’s cast from the same mold as one dedicated at the Prague Castle in March of 2000 for the 150th anniversary of Mazaryk’s birth. At three meters tall, it is three times bigger than a 1931 original by sculptor Otakar Španiel. That original is in the Pantheon of the National Museum in Prague. The new bigger statue was created by academic sculptors Josef Vajce and Jan Bartoš.

The street was rennovated in 2013 to give it much wider sidewalks. This project was led by the architect Bernardo Gómez Pimienta. Today it’s not just one of Mexico City’s leading shopping and retail districts. It’s a friendly and pedestrian-friendly avenue, 2.83 kilometers in length, and with something to see at every turn.

The Turibus (Polanco Circuit) stops are at Punto México, then at Seguros Monterrey/Carajillo Restaurant. The third stop on Masaryk Avenue is approximately where the marker is on this page. It’s on the northside of the street (west bound) at the intersection with Alejandro Dumas. A fourth stop is called Palacio de los Palacios, at the intersection with Moliere.

One of the leading Talavera porcelain producers in Mexico City...

Embassy of France in Mexico City

Mexico and France have a history as long and fascinating as the two countries.

One of the leading Talavera porcelain producers in Mexico City...

One of Polanco's most significant exhibition spaces...