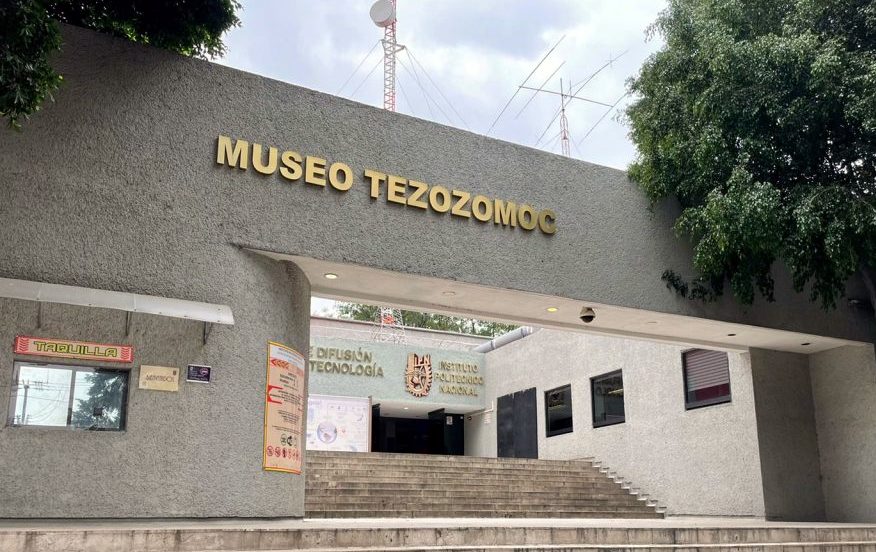 The Tezozómoc Museum is a science and technology museum on the southeast corner of the beloved Tezozómoc Park. Closed for more than two years due to concerns of the pandemic, it re-opened in August of 2022. Dedicated to “Science in Action,” it shouldn’t be considered a mere kids’ museum. Many of the exhibits are fascinating even for jaded older folks.

Since 1999, the museum has been most famous for hosting the Luis Enrique Erro Planetarium.

Today the museum centers around presentations in the planetarium. Most programming is geared towards the needs of kids and younger people. Museum exhibitions are too. Two permanent exhibits cover applied mathematic and physics. The museum frequently hosts festivals, conferences, an important Science Fair, and some interesting workshops on mechanics, robotics, and sustainability.

The Tezozómoc Museum is generally visited with a reservation. Although, especially in the physics area, the exhibits are pretty enticing. Most guests will want to enter in the morning.

One enchanted corner of Tacubaya holds onto a glimpse of ecclesiastic and cartographic history.

Digging into the urban, cultural, and design issues that keep The City turning, it's a major Colonia Roma focal point.