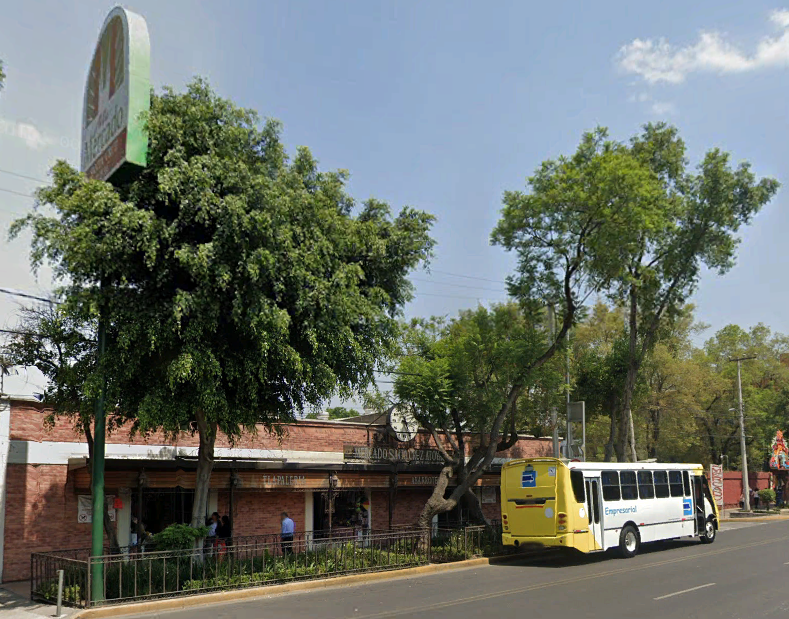 The Mercado de Santa Cruz Atoyac is one of those surprisingly posh (but not that posh) markets on the east side of Benito Juárez. Perhaps it shouldn’t be surprising because the market is jam in the middle of the alcaldía administrative center. It’s also immediately north of the old Atoyac church. That’s the town center of the original settlement, and partly explains why the local government is centered here.

For international visitors, it’s a terrific, clean market for lunch. Attracting the local office workers has meant that the market needs to run a tight ship. With fresh produce coming in daily, it’s way better than restaurant food. The leading eatery in the market, called simply, La Cocina de Santa Cruz, celebrated its 50th anniversary in 2018. It’s surrounded by a number of smaller eateries, plus the flower markets and produce, and butchers you’ve come to expect.

When you eat at the market, you’re supporting smaller, independent businesses and farmers. You’re also guaranteed to be eating very little that was ever frozen or stored. It’s a lot fresher. And if you’re careful, it’s a lot healthier too. For tips on how and where to eat more comida corrida, see the complete Fonda guide, here.

The Mercado de Santa Cruz Atoyac is just a block south, and a few blocks west, of the Parque de los Venados, the most important landmark in the area. It’s a great stop if you have business with the alcaldía, which is directly to the north. The Metro Parque de los Venados, appropriately enough, is in the middle of it all.