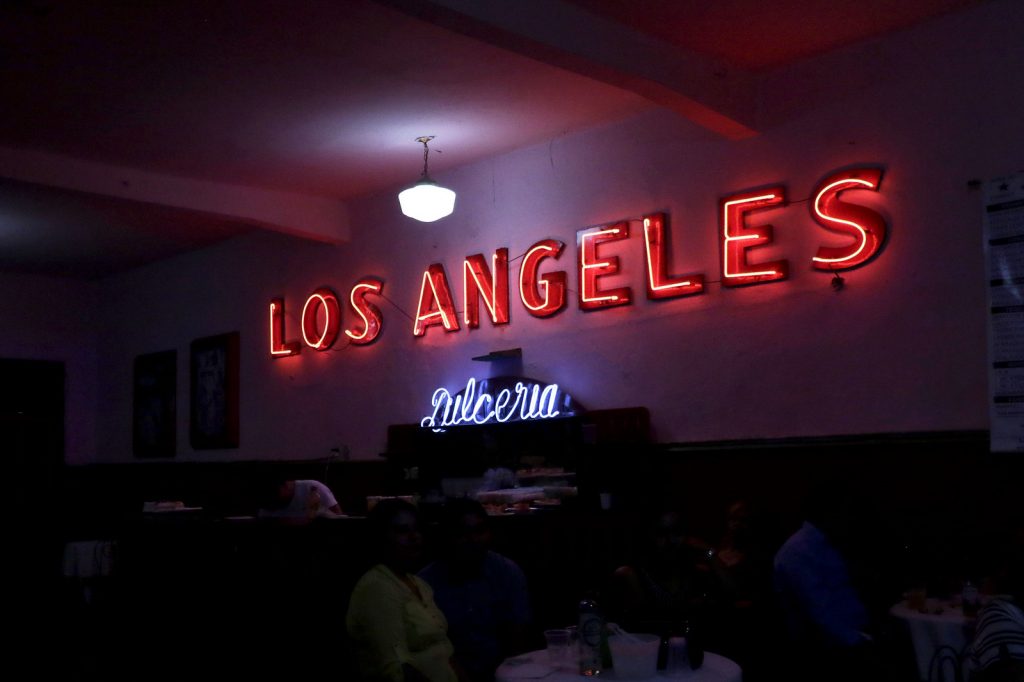 “Those who don’t know the Salon Los Angeles, don’t know Mexico.” Thus reads a big sign just inside. One of the oldest and emblematic dances halls off of the plaza in Tlatelolco, it’s a mandatory stop for lots of people visiting the area, and in fact, people still come from all over the world. Having opened in 1937, it’s never closed.

The Salón Los Ángeles is most famous for the live orchestras. These play mostly salsa, cumbia, swing and danzón. Afro-Caribbean and cha-cha-cha are equally well represented. The scene for countless love stories and generations of nightlife escapades, it’s been the set for a huge list of movies, television shows, and dance contests. A super “old school” hall, lots of people still meet here just to dance. Many of them will still dress as did the pachucos of the era when it opened, and recalling icons like Pedro Infante and Tin Tan. But lots more come dressed just as they like, and with the occasional pair of favorite dancing shoes.

The true golden age of the Salón Los Ángeles was between 1950 and 1960. Visited by the many of the era’s most important celebrities, musicians and dancers, by the 1970s, the neighborhood had gotten a little rough and the audience changed too. The salon turned into an urban, local, and somewhat kitschy place but somehow kept going straight through the turn of the century.

Today you’ll find a mix of nostalgia and exotic entertainment. There’s a bit of everything and it’s still a very good place to get to know some of Mexico City’s hippest dance people, and to see where many of them are

Still at Calle Lerdo 206, between Flores Magón and Estrella, Col. Guerrero, the Salon Los Angeles opens Tuesdays and Sundays from 5 p.m. to 11 p.m.

Two-hour dance classes are offered Mondays at 6 p.m. and Tuesdays at 4 p.m.

A quiet park and library in the Colonia Buenavista...

Not one to be missed, the Plaza has a raucous party going, nearly every night, and daytimes too.