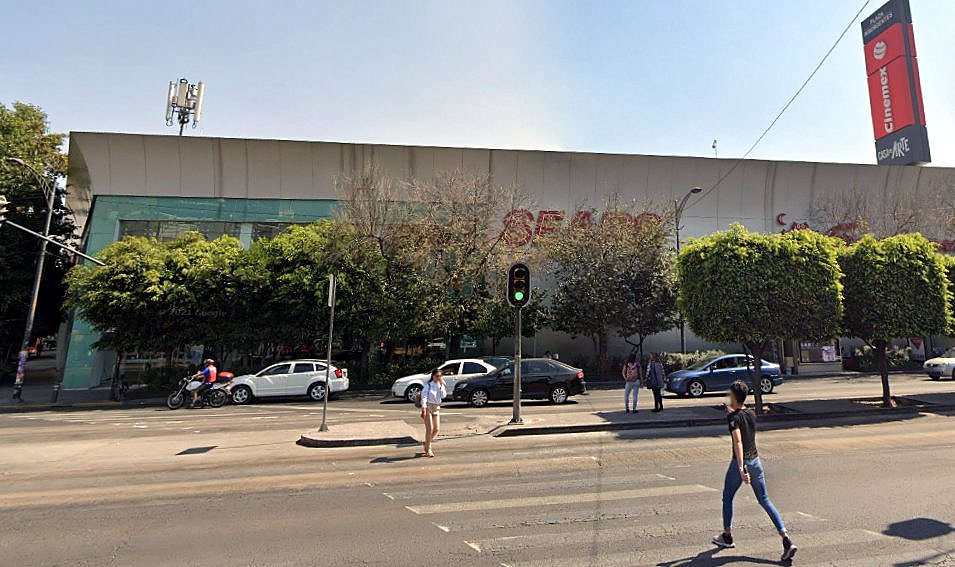 The Plaza Insurgentes is today home to but a medium-sized to small Sears store. Much more than that, it’s a popular movie theater. The shopping center even acts as an anchor for varied shops on all the surrounding streets. But few City residents realize today, it was actually the first Sears store to open in Mexico. The site used to be just one giant department store, opened way back in 1947. Since then, parts the old store were carved out to make a shopping center with a few independent shops and eateries.

Today, Sears survives as a wholly owned Mexican company. Grupo Carso bought 85% percent of shares in Sears Mexico in 1997. And this one, for international shoppers, is of a nice size to get an idea how Sanborns purchasers learned their trade. (Sanborns is also part of Grupo Carso). Shoppers get something they’re not going to get anywhere else. In some sense, one can see here, how Sears is today an extension and expansion of Sanborns’ long history as a sharp little department store chain. Retail’s not dead.

The Plaza Insurgentes acts as a landmark, and something of neighborhood center for Roma Sur. That’s true even for well-heeled Hipodromo-Condesa residents across the street. With a decent fast food court, and a few coffee chains, it’s not a bad place for international visitors to find themselves, maybe especially if Roma/Condesa was getting overwhelming.

One of the Friendship Route's most recognizable freestanding works...

A Czech sculptor's interpretation of the ancient Greek Graces...