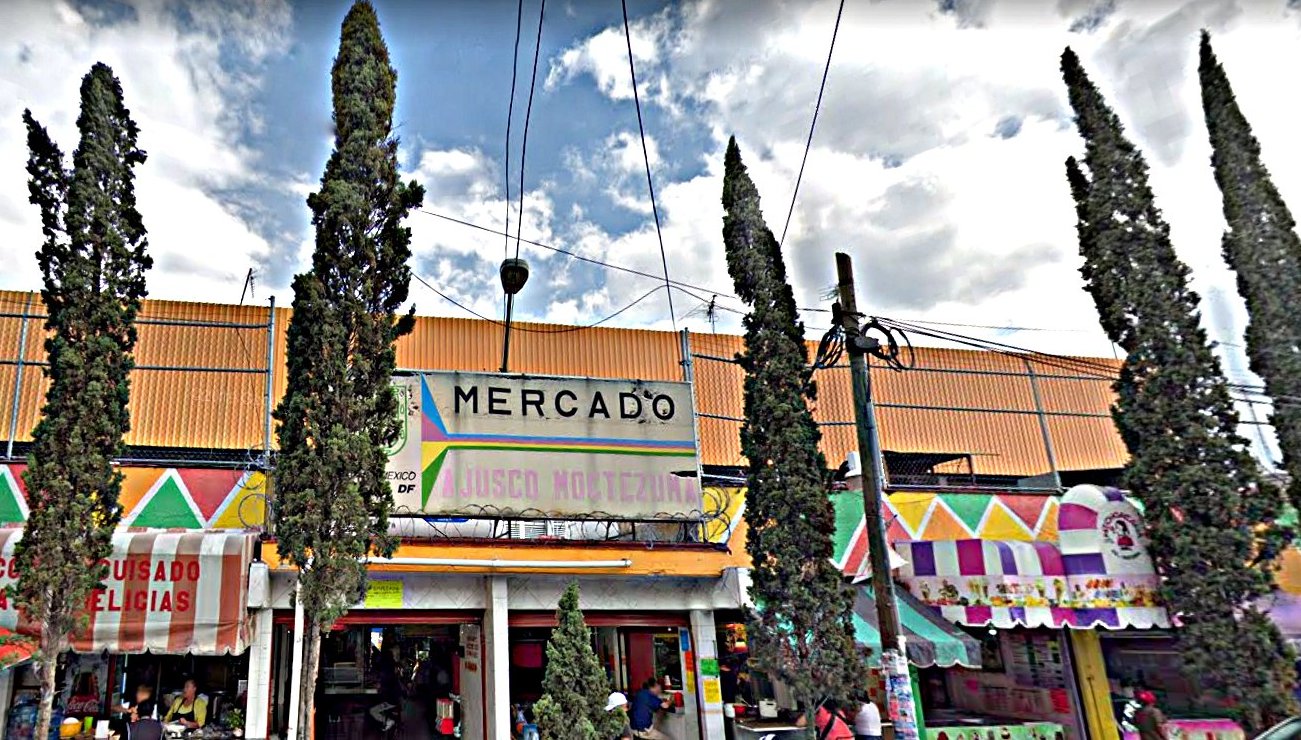 Mercado Ajusco Moctezuma is a whimsical, sometimes ramshackle market in the Colonia Ajusco in south Coyoacán. It’s far less well-known than the Mercado de Bola, some 10 minutes walk away in the same neighborhood. That one may even represent the neighborhood.

But here the market, like so many in Mexico City began as a semi-permanent street tianguis. Only in the late 1970s did merchants pool resources to put a roof over their heads. They officially opened in April, 1979.

Today there are some 195 vendors, (according to a 2017 UAM study). Amongst all of these are a bunch preparing ready meals. It’s a great place for lunch and especially for travelers weary of street food, fast food, and chain-restaurant food. The market serves real Mexican food, but without the fake trappings. There’s also less grease, and a lot more nutrition.

The Mercado Ajusco Moctezuma gets fresh food deliveries every day. You can actually see the food used to prepare your meal, so you know it’s good. You get to help smaller and independent business and eat a lot better too.

The market can be reached on foot at about seven minutes walk from the Parque Cantera. It’s one of quite a few public markets in Coyoacán, but entirely unique, too.

One of Mexico City's newest - and greenest - public markets!

Red-domed Mercado de la Bola was among the first markets in the city to offer ongoing cultural events and music.

A street tianguis in Ajusco comes of age...

One of Mexico City's newest - and greenest - public markets!