Library of the Congress of the Union 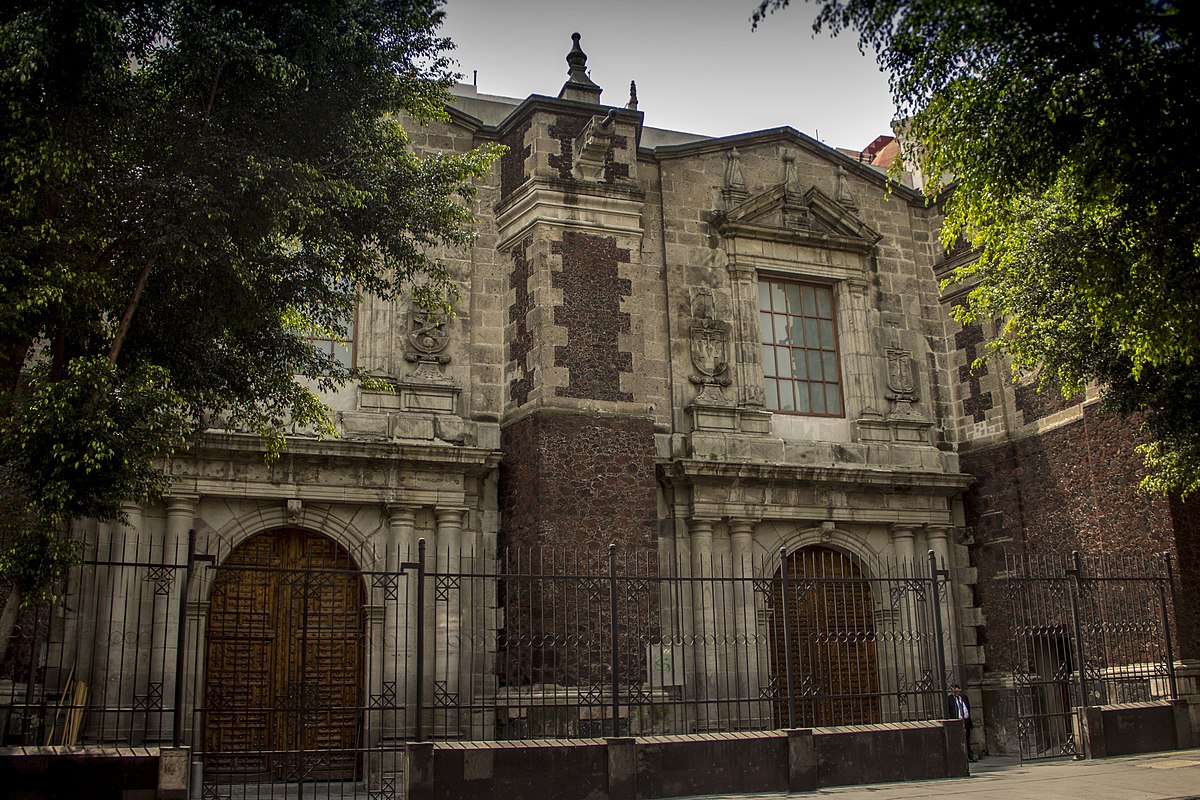 The Library of the Congress of the Union is formally known as the Biblioteca del Honorable Congreso de la Unión. Just like the name says, it’s the library for the Federal Congress and contains mostly records of legislation. On the Calle Tacuba, it’s inside the Church of the old Santa Clara Convent. The church is part of the Clarisas Convent founded here in the 16th century. Most of the convent was demolished in 1861. Its been the Library of Congress since 1936.

With holdings of some 50,000 titles, the same library also has archives in the Legislative Palace of San Lazaro.

The property here was donated in 1568 specifically to serve for the building of a convent. That convent was built for an order of Poor Clares nuns who began here with just six nuns.

The Poor Clares are a contemplative Order of Catholic nuns founded by Saints Clare of Assisi and Francis of Assisi in 1212. They traditionally follow the Rule of St. Clare which means extreme poverty.

Their first church here was completed in 1661.  It’s nearly unique in its austerity which leans very much in the direction of the Herrerian style then dominating much of Spanish architecture. (See the Church of San Juan Bautista in Coyoacan for a more complete rendition of Herrerian style.)  In 1677, though, a fire completely destroyed the church and it was rebuilt in 1730 and named the Iglesia de la Purísima Concepción. It remained largely intact until the 19th century.

The Library of the Congress of the Union

With the Religious Reform Laws passed under Benito Juárez, the convent was closed and the entire complex was taken over by the government in 1859. In 1861, it became the offices of the Charity Directorate of the City. The building were briefly used a military barracks and astronomical observatory.

By the beginning of the 20th century, the complex had changed private hands numerous times. Part was returned to the government and the legislature, then just across the way on Donceles street, began to be used to store the legislative archives. The old church building, though, was bought by a Spaniard named Manuel Echeverría. He opened a cantina called “La Constancia” on the premises and had the bell tower demolished and a door opened onto the Calle Bolívar side of the building. The Mexican Revolution, had people feeling pretty anti-Spanish. And protests about who owned the building continued off and on through the 1930s. Eventually Echeverría sold the his business to Julio R. Lara Sosa in 1953.

Some other parts of the building were already being used for government archives. In 1935, both Chambers of Congress voted to take over the former Temple of Santa Clara to use as their library, and it opened as such in 1936.

Interactive Museum of the Economy (MIDE)

A museum dedicated to instruments of Torture and Human Subjugation.

A glimpse into the earliest colonial history of Mexico City...

One of the most easily historical corners in the city center, it's a monument, a garden and much more.

Interactive Museum of the Economy (MIDE)

A museum dedicated to instruments of Torture and Human Subjugation.

A glimpse into the earliest colonial history of Mexico City...

An exceptional gallery just outside the National Museum of Art...