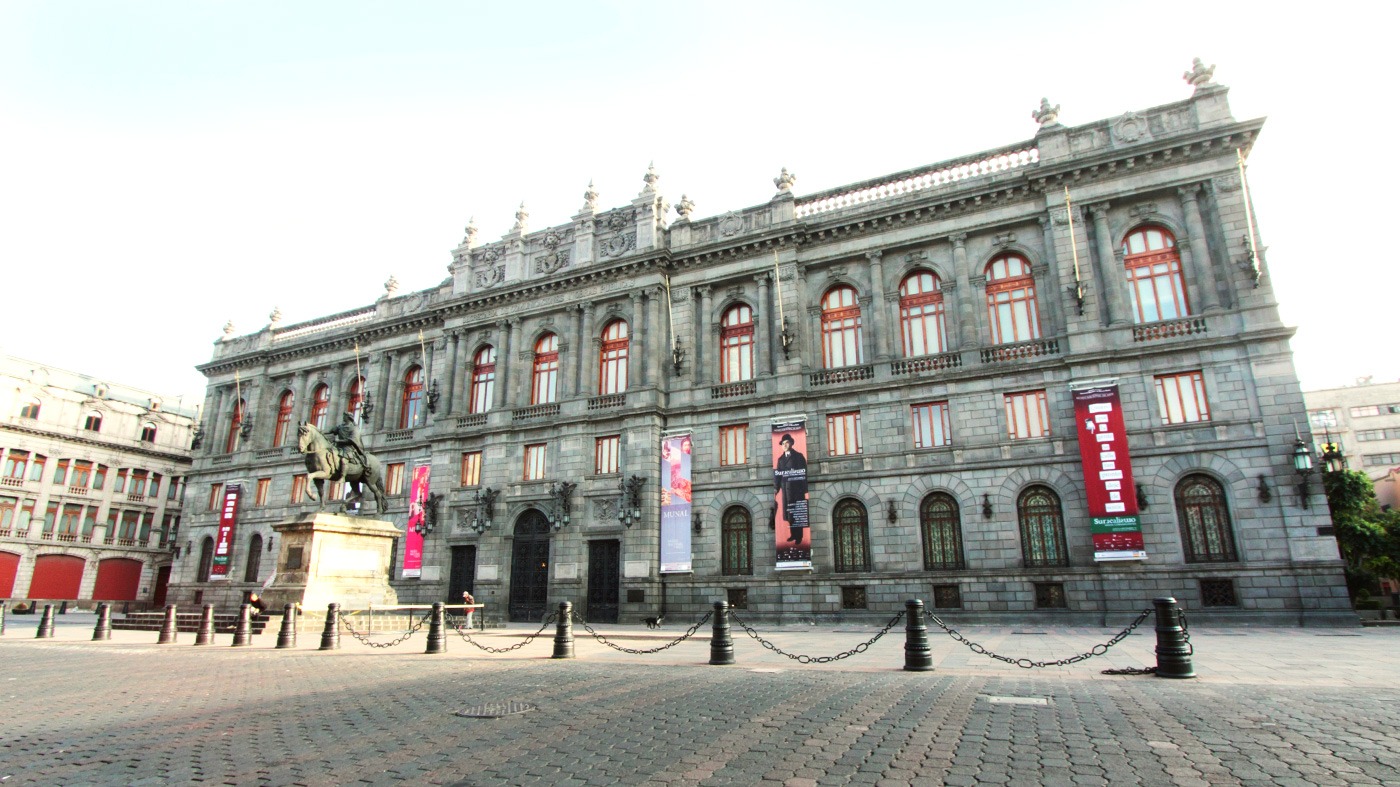 The Plaza Manuel Tolsá is most famously the home of the monumental equestrian sculpture, El Caballito. In front of the National Museum of Art (pictured), it’s one of the most prominent plazas in Mexico City. It’s no where near the biggest. But it’s the frequent site of cultural and artistic events and happened.

The plaza came about with the demolition of the old San Andrés Hospital. It’s generally considered to be one of the last works of Porfiriato period architecture, and likely of Porfirio Díaz, too.  Indeed it was Díaz who decided to name the place in honor of Tolsá. It was a fitting move as the plaza faces the Palacio de Minería. If all the conflict over the statue of Carlos IV leaves some doubt, the Mining Palace should clear that up. It may be Tolsá’s most complete and even startling architectural masterpiece. Surrounded as it is by heavy Florentine Renaissance-Style buildings, it’s a seemingly light Neo-Classical work from a full century earlier.

But in the end, it’s just a stone-paved city plaza in the European style. It’s the site of storied pigeon feedings, and chains of school girls, led and holding hands. On weekends, many of the side streets and alleys will be lined with the book dealers from Donceles and other parts of the City. Some Mexico City residents will cross the Plaza Manuel Tolsá a thousand times in a lifetime. They’ll seldom realize it’s their energy that continues to resonate here, even to this day.

The Turibus Historic Center Circuit stops very near to the intersection with Eje Central, to the west of the plaza.

One of Azcapotzalco's original settlements....