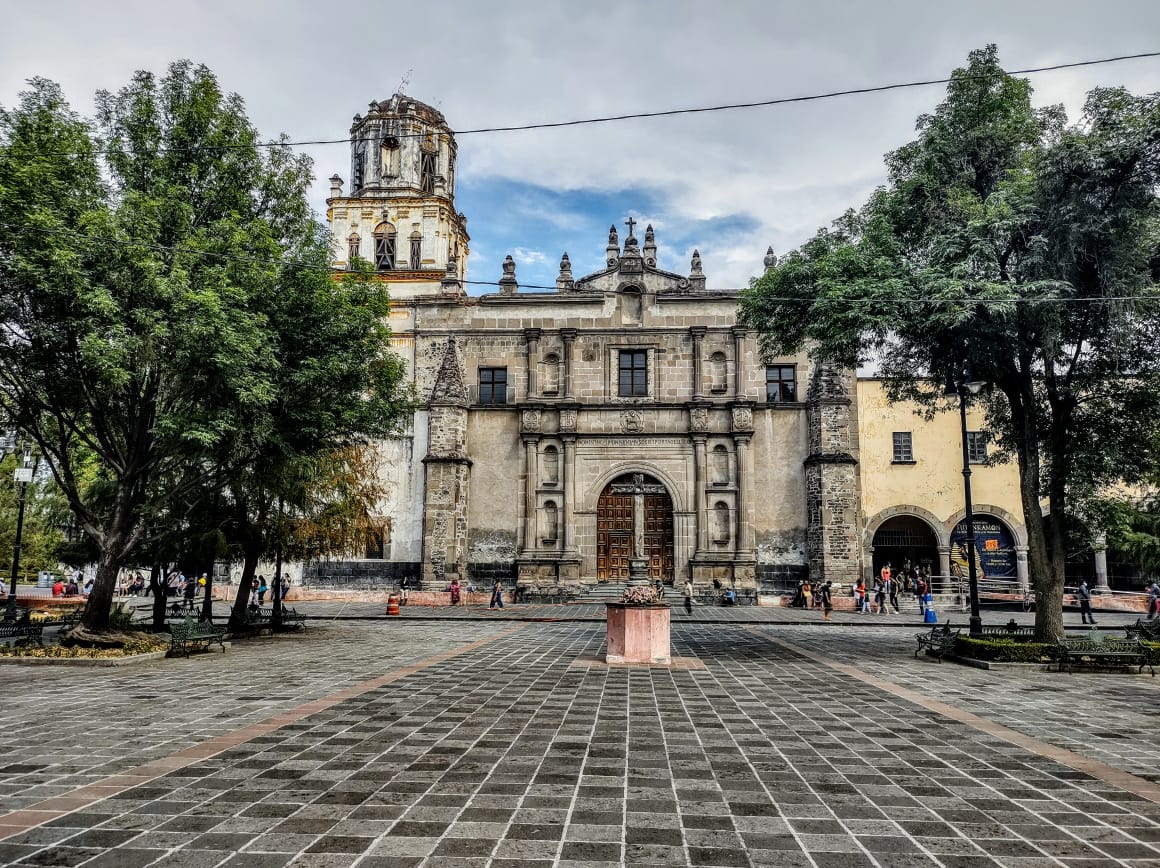 The San Juan Bautista Church and Monastery is the main church in the Centro de Coyoacán. It’s actually quite a large and historic complex, often overshadowed by the more colorful goings-on its immediate vicinity. It’s one of the oldest churches in all of Mexico City.

The church is said to have been designed by one Fray Juan de la Cruz. Some construction was begun as early as 1522 and is usually said to have been completed in about 1552. The monastery, temple, and the enormous garden of San Juan Bautista, in total some 20,000 square meters, date from that time, although the garden is today the Parque de Coyoacán. The arches that provided the entrance to the courtyard of the convent remain standing. Today, they’re on the far side of the park. Significant modifications are recorded in 1804, 1926, and 1947. The José Rosas Catholic school was only closed in 1925.

Originally, the church consisted of three naves. The biggest and tallest, in the center, with cedar beams. The choir and presbytery were separated from the main nave in the manner of a Roman Basilica. But already in 1918, the atrium was reduced by 46 square meters. These were to make way for a tram arriving from San Ángel. This was later converted to the Plaza Hidalgo, to the north of the complex. 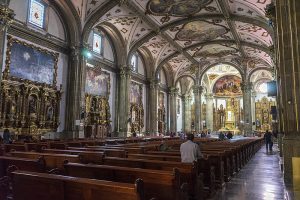 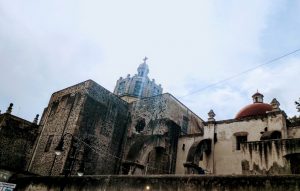 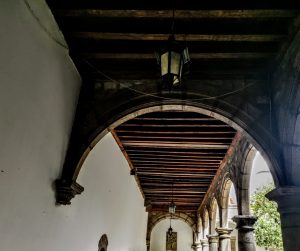 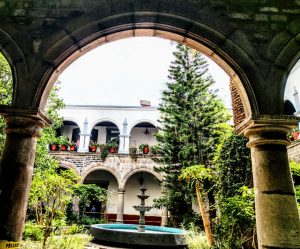 Photo #1 above: Diego Re23 on Wikimedia Commons

Inside the remarkable church visitors will find the following:

All that’s in addition to incredibly delicate and thorough painting. There’s also an outstanding collection of colonial period artwork. The San Juan Bautista temple is the parish church of the Villa Coyoacán area. It also manages the churches of Santa Catarina, La Inmaculada Concepción “La Conchita,” the Chapel of San Antonio Panzacola, and the Chapel of the Holy Christ Child.