Embassy of Vietnam in Mexico City 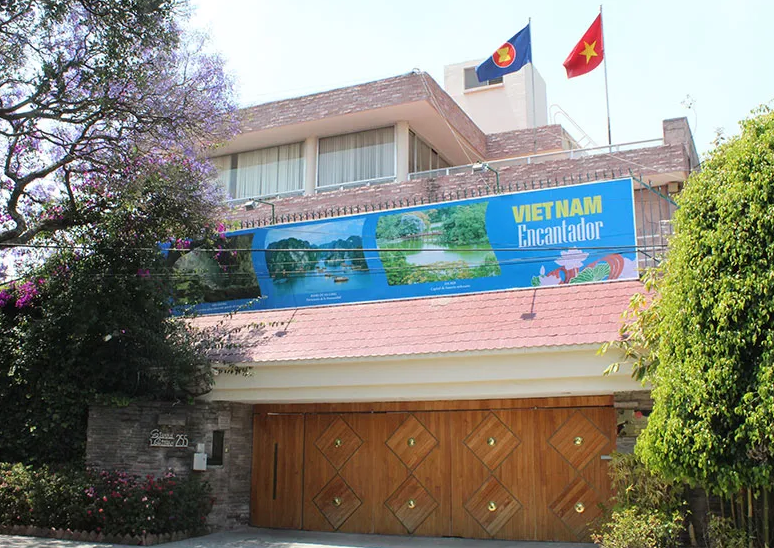 The Embassy of Vietnam in Mexico City is the seat of the diplomatic relations between the two countries. In Lomas de Chapultepec, the embassy offers consular services and provides a setting for many high-level meetings. International visitors often overlook the shared history of the two countries as parts of the Second French Empire. Mexico remained neutral throughout the First Indochina War (1946-1954) and then the US-led Vietnam War (1955-1975).

Mexico re-established diplomatic relations with Vietnam in 1975, and the Mexico City Vietnamese embassy opened in the same year. Both countries are members of the Asia-Pacific Economic Cooperation and the Forum of East Asia-Latin America Cooperation. The two countries traded some US$4 billion-worth of good in 2018. Mexico exports to Vietnam include, especially, seafood, but also farm equipment, flour, meat, and beer. Mexico importants Vietnamese electronics, electrical circuits, and textiles, among other things.

The two countries are also co-signers of agreement on Agriculture and Forestry, and on Economic, Trade, and Investment Cooperation. Mexico is Vietnam’s second biggest trading partner in Latin America, and Vietnam is Mexico’s eighth biggest import-export market in Asia.

The Embassy of Vietnam almost faces the west side of the Barrilaco Park. It’s just a minute or so walk away.

Embassy of Italy in Mexico City

The Italian diplomatic mission to Mexico....

A monument to an important Filipino Independence hero...

The embassy of the Republic of Ireland in Mexico City...

An exhibition space and the beautiful imperfections of the local...