For lots of international visitors, that might mean simply The Anthropology Museum. That's indeed INAH's most popular destination, and one of the most important museums they run. In fact, they run quite a lot more. No fewer than 12 museums in Mexico City are INAH museums. They also administer the four most important archeological sites in Mexico City.

An institute run entirely by the Mexican federal government, it was founded on February 3, 1939, under a mandate from President Lázaro Cárdenas del Río.

Its creation has played a key role in preserving the Mexican cultural heritage. The INAH is headquartered today in the Palace of the Marqués del Apartado. Its influence on this and hundreds of other valuable historical sites and properties in the country is probably incalculable. 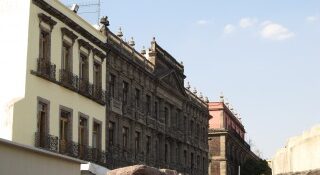