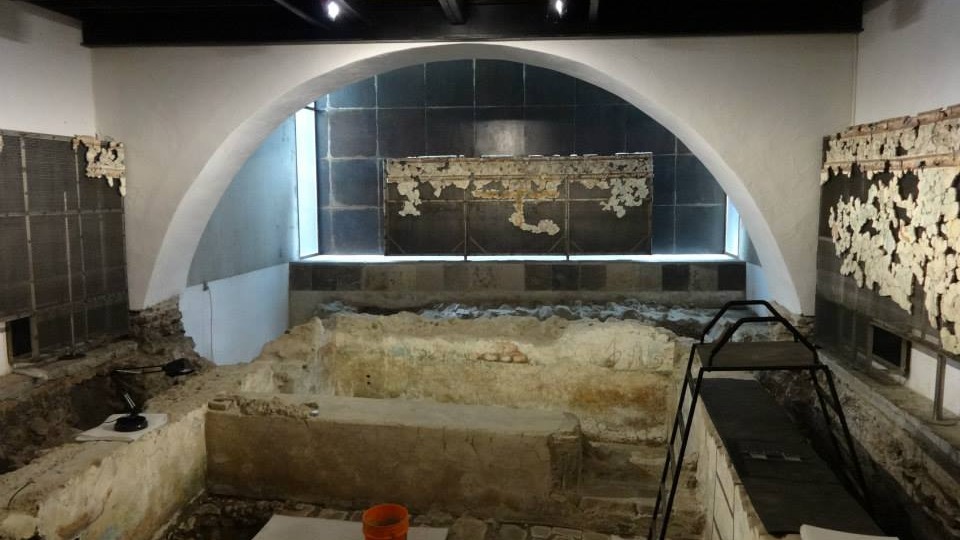 Dated to 1536, the murals in the Caja de Agua museum were painted well before anything similar, and are rare examples of early 16th century painting in the Americas. They’re protected today in one of Mexico City’s newest museums but were created as part of an attempt to educate and evangelize the indigenous nobility.

Guided by the religious community, the site was intended as a cistern, but also to express the new religious order through painting. This was executed with great skill by the tlacuilos, that is, by indigenous illustrators and painters trained by the Spanish.

The mural within the museum show scenes of life in and around Lake Texcoco framed by a Franciscan cord. It’s the best known example of an early fusion of the artistic techniques of the Mexica and European.

Tlacuilos are thought to have been many of the same artists who drew the famous codices, including the Durán Codex, the Florentine Codex. The Tlatelolco Codex of 1565 is said to depict the followers of Quetzalcoatl, wise men who surrendered to the Spanish only to be attacked by dogs.

The mural was found only in 2002 and the National Institute of Anthropology continues to study it to this day. A major new part of a trip to the Plaza de las Tres Culturas, the site just continues to get more interesting.