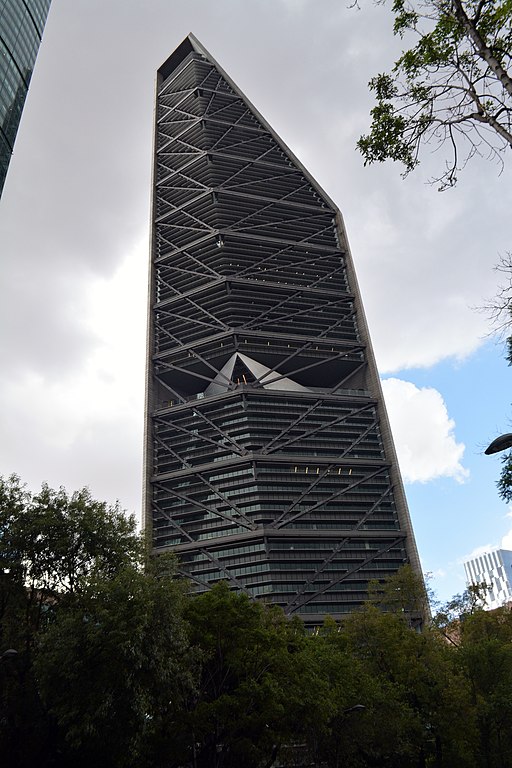 Torre Reforma is one of the newest and most innovative skyscrapers to climb into the Reforma/Chapultepec skyline. It’s right next to the Torre Mayor and across Paseo de la Reforma from the Torre BBVA México.

At a height of 246 meters, it’s got 57 floors. It’s generally spoken of as one of the most advanced and “smart” of buildings. This one is, even more importantly, said to be capable of withstanding an earthquake of 9.0 magnitude.

Mexican architect Benjamín Romano and LBR&A Arquitectos were in charge of construction that began in 2008 and finished in 2016.

While the Torre Reforma’s “brutalist” eastern facade leaves lots of questions, its other two faces open the building up to a lot to look at. And from inside, there’s a lot to see.

A good one to watch for contemporary art from young and emerging artists...