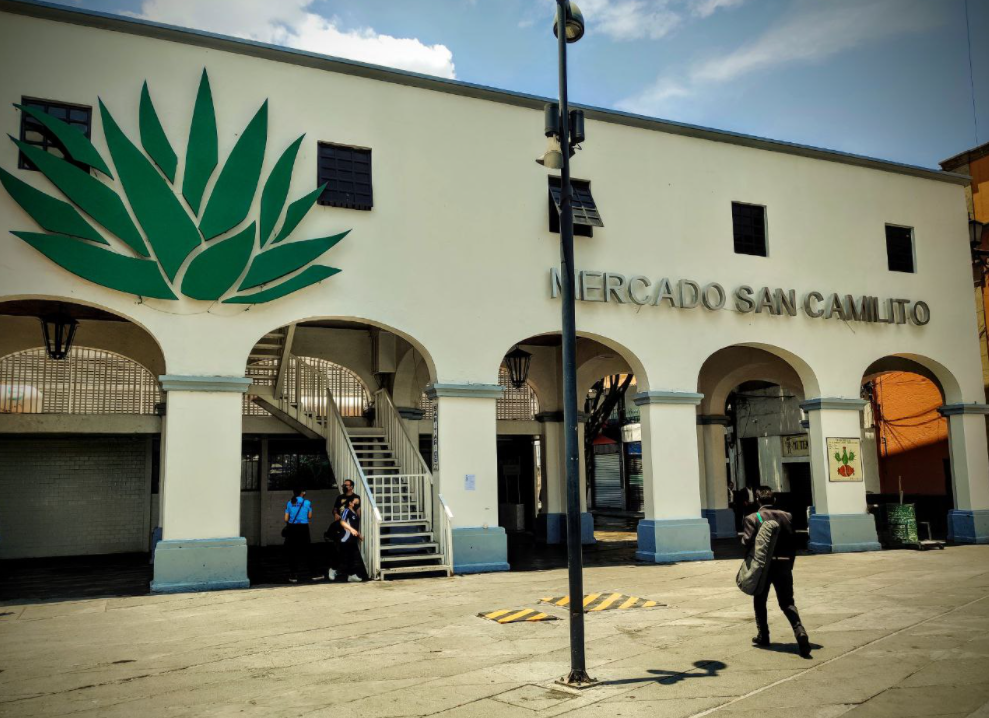 The Mercado San Camilito opened as just the prepared food and restaurants market for the rest of La Lagunilla. Situated north off of Plaza Garibaldi, it’s turned into one of the only 24-hour markets in the City. The market runs for an entire (long) city block up to the calle República de Ecuador. The market is lined with unique eateries, each catering to a particular cuisine or specialty.

The market opened during the big re-organization of the La Lagunilla markets in 1957. That’s the year that architect Pedro Ramírez Vázquez‘s four major new markets opened, and for which the neighborhood is well-known today. Prior to that, the San Camilito had been a street market that set up on different streets every day.

Today the house specialties include birria and Jalisco-style beef. Tepache, a fermented pineapple drink, is widely served. For dishes still more exotic, there are plenty of English speaking waiters on hand. They’re more than happy to highlight, or explain, some of the menu items even before you sit down. And as there are a lot of restaurants, all in a row, you can have your choice.

The Mercado San Camilito may seem like an after-hours just for the Plaza Garibaldi. In fact, as a lunch place it’s equally well-suited. Those who visit will not be let down.

A remarkable park with a mysterious tower...

San Antonio is remembered in an old Tomato-producing neighborhood...