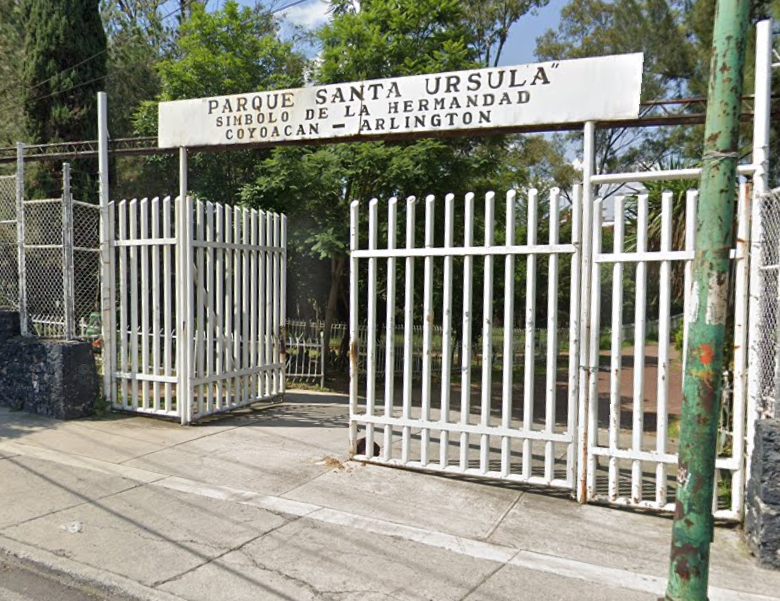 Parque Santa Úrsula is an ecological park and green space just west of the Estadio Azteca. The park largely surrounds the grounds of the Shriner’s Children’s Hospital. Nearly entirely walled-in, it’s also a surprisingly natural and secluded area. The park is also named for the Twin-Cities agreement between Coyoacán and Arlington, Virginia in the United States. That agreement was signed in 1996.

Today, the park is home to an aviary and a small farm. In turn, here you’ll find rabbits, ducks, and parakeets as well as some naturally occurring animals. The website, Naturalista.mx, lists no fewer than 65 species of plants and animals spotted within the park.

Here and nearly all of the surrounding neighborhoods date from the late 19th century. At that time, a few big and wealthy haciendas were subdivided. The haciendas had been there since the Spanish began ruling over, and sometimes from, the larger Coyoacán area in the early 16th century.

At some 87,000 square meters, it’s not the City’s biggest park. But the Parque Santa Úrsula fulfills a nice role in being not the most visited. Just off the massive parking lots of the stadium, it’s also welcome relief from the concrete.

The main park entrance is on the Avenida del Iman, just after the hospital. At the other end of the same avenue, before the University City, is the newer and brasher Parque Cantera. For those waiting to get into the stadium, or just seeking some nature in the area, it’s a terrific natural plot and refresher.

A natural heritage in charge of the National Autonomous University of Mexico, located south of the city.

A two-footed Sun along the Ajusco highway...

One of the City's most important center's for music and performing arts...

A broadly symbolic work on the Friendship Sculptural Route...

One of the most architectural of works in the Route of Friendship...

A great neighborhood market in the south of the city...

One of Tlalpan's most astonishing religious sites...

One of the most beloved of natural areas in the City, it's always a breath of fresh air, too.