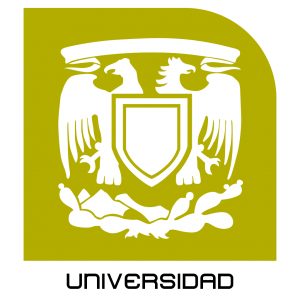 Metro Universidad is the terminal station of the important Mexico City Metro Line 3. Officially within Coyoacán, it’s a surface station through which pass some 86,000 riders a day.

The station opened in August of 1983 to the relief of thousands of students. Inside is a famous mural entitled “University on the Threshold of the 21st Century” completed in 1989 by Arturo García Bustos. A painter and printmaker, Bustos had studied under Frida Kahlo at her home in Coyoacán. The mural portrays prominent figures of the cultural and scientific history of Mexico, as well as the condor and eagle, a symbol of Latin Americanism. This symbol is also featured in the UNAM coat of arms, and thus in the logo for the station.

Metro Universidad, along with Metro Copilco, is one of the most important ways for students to arrive to the C.U. Campus. Regular riders on Line 3 will know when school’s out because the Metro will suddenly be about 25% less crowded. It’s a good introduction to the University Campus, which is a UNESCO World Heritage Site. It’s loaded with things to see and experience. Even a simple directionless walk is richly rewarded, but check here.

Not just home to the Pumas, it's a true landmark in Mexico City sports history.

A true hotspot for University Students, it's often hopping with international visitors too.

Universum: UNAM Museum of the Sciences

The first interactive museum of the sciences anywhere in Latin America, it's still one of the very best.

Not just home to the Pumas, it's a true landmark in Mexico City sports history.

A true hotspot for University Students, it's often hopping with international visitors too.

One of the most important stations, in the City, if not the world, it's your first stop in CU.