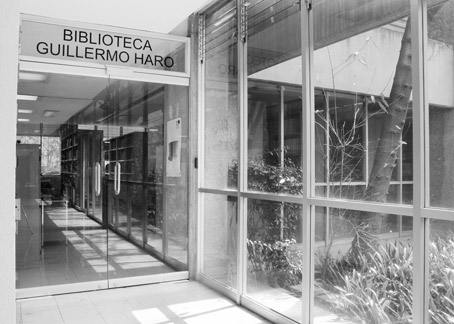 The Guillermo Haro Library is one of the two specialized libraries of the Instituto de Astronomía (IAUNAM). A second is in Ensenada, Baja California. Both play a fundamental role in the research and teaching of astronomy in Mexico.

The Guillermo Haro Library began in 1906 with a collection of some 385 acquisitions. It was originally at the Astronomical Observatory in the former Archbishopric of Tacubaya (for which Metro Observatorio is named). In 1929, the Observatory became part of the National Autonomous University of Mexico. The Institute moved to its present location on the first two floors of the UNAM Science Tower in 1954 and adopted the present name, the Instituto de Astronomía in 1967.

The library currently holds 11,352 volumes, and 14,593 issues of 41 journal titles. The library provides for interlibrary loans, home and resource loans, as well as electronic services.