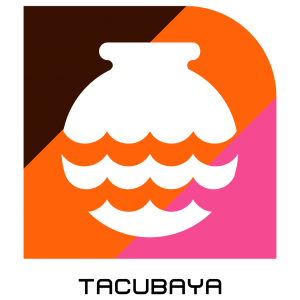 Metro Tacubaya is named for the ancient city of Tacubaya, one of the Pueblos Originarios of all Mexico City. Historic Tacubaya is today divided into some 20 neighborhoods, Escandón among them. The Metro station serves many of them.

In the nearby La Palma neighborhood, the remains of the oldest human settlements in the area were found with arrowheads from about 1000 BCE. The Mexica, some millennia later called it Atlacuihuayan, “where water is taken” in Nahuatl. The Tenochca people later settled here. Some hundreds of years later, stones and fill from the area are said to have provided some of the basis for the island city of Mexico–Tenochtitlan across the water.

Always prized for its elevation above frequently flooded Mexico City, during both the colonial period and the early independence of Mexico, plans were discussed to move the capital to Tacubaya. But Tacubaya was to grow as an early industrial center, with the Santo Domingo and Valdés mills powered by the movement of water on the Tacubaya aqueduct.

The surrounding area blossomed with orange, plum, and olive trees. A first stop on the Royal Road to Toluca, Tacubaya remained an important town straight through the 19th century and actually grew in importance until the era of the Porfiriato. In the early 20th century, the town was increasingly surrounded as farmlands were converted to neighborhoods. In 1928, Tacubaya became part of the Federal District.

By the 1970s, Tacubaya became the seat of the delegation of Miguel Hidalgo, later an alcaldia. Even today, the alcaldia headquarters are within walking distance of the present day Metro Tacubaya.

Already by the 1980s, Tacubaya was referred to as a “lost city,” as more privileged members of the community had long since left. As the ’80s rock scene emerged and consolidated, Tacubaya was home to nascent homegrown punk clubs and an intense music scene fondly recalled even today. It’s not entirely gone either. In fact, Tacubaya continues to be one of the city’s strongest counter-cultural and artistic centers, as the visual arts and music scenes in and around will show.

One of the most important Metro stops in the City, you can't come to Mexico City without seeing it once.