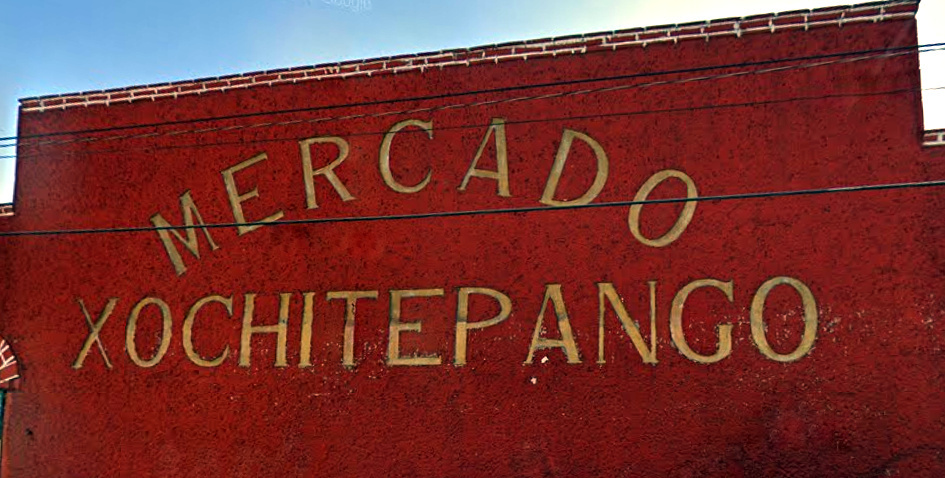 The Mercado Xochitepango is a tiny, well-loved neighborhood market on the slopes in Iztapalapa‘s Xalpa neighborhood. It takes up its entire block between Calles 2 and 3 offering a similar face on both sides. Somehow it seems like it dates from the 1930s, but like most of the neighborhood, it’s only from the 1970s.

At just about a two-minute walk from the Xalpa Cablebús station, it’s one of the main attractions in the neighborhood. The station has increased the number of outsiders now wandering the uneven streets of Xalpa. Here, they’re coming in for sit-down meals that a bit easier on the stomach than a continual diet of stand-up tacos and quesadillas on the streets.

There are a number of good loncherías, comida corridas, and antojerías serving good food daily. The advantage is that you pay much less, and get authentic healthy meals. Your influencer friends will wish they’d done the same. Supporting smaller, independent businesses, eating better and paying less; you couldn’d ask for a better deal.

Fridays, the Mercado Xochitepango spills well out into the surrounding streets for a tianguis that shuts much of the neighborhood down – at least to cars. For people, it’s a welcome turn to the weekend, and a bit of celebration for everybody. You’ll do well not to miss it, if you’re in the area on a Friday.

One of the great central town markets in Iztapalapa...