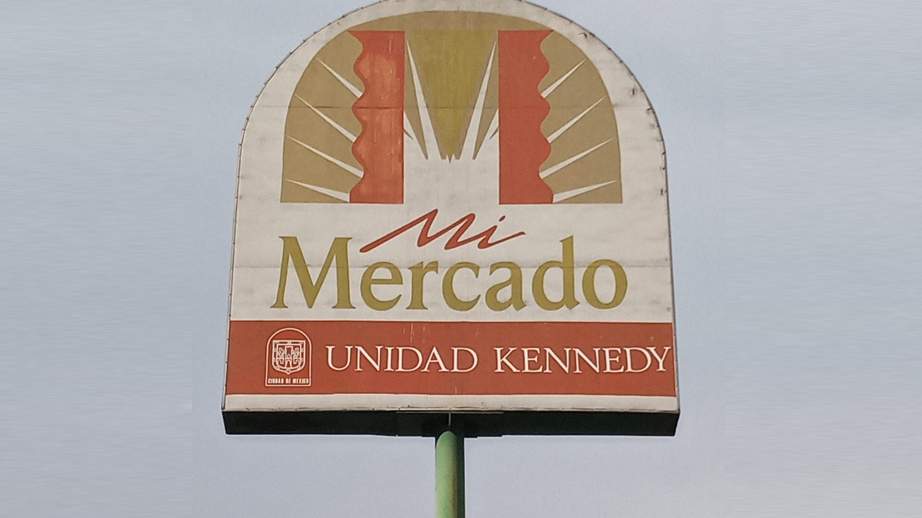 The Mercado Unidad Kennedy is the neighborhood market, kitchen, and meeting center of the enormous Unidad Kennedy. The giant housing development came to be with support from USA labor unions affiliated with the AFL-CIO and in the political aftermath of the Cuban Revolution. Begun in 1961, the final apartments opened in 1964.

It’s one of the giant urban development works that could seemingly only come from Mario Pani. The opening was attended by Senator Robert Kennedy in 1964. His brother, then President John F. Kennedy, had visited the Unidad Independencia in Mexico City’s south in 1962.

It’s still considered one of the last great functionalist housing projects of the 1960s, like the Unidad Independencia or Pani’s masterpiece, the Conjunto Urbano Nonoalco Tlatelolco. The overall project includes 94 four-story buildings for a total of 3,104 residential apartments across an entire neighborhood. All of them today are part of the colonia Jardín Balbuena, and their own neighborhood, named simply for the residential unit itself.

The Mercado Unidad Kennedy is just south of the Metro Moctezuma. Metro Balbuena is a bit further south and east along the Avenida Zaragoza. Importantly, the market is also right on the Plaza Cultural Recreativa JF Kennedy. This is the open green space for this part of the development. It’s also a great place to visit – and the market is always glad to have you!

A 20-minute walk from the airport is richly rewarded...

A 20-minute walk from the airport is richly rewarded...