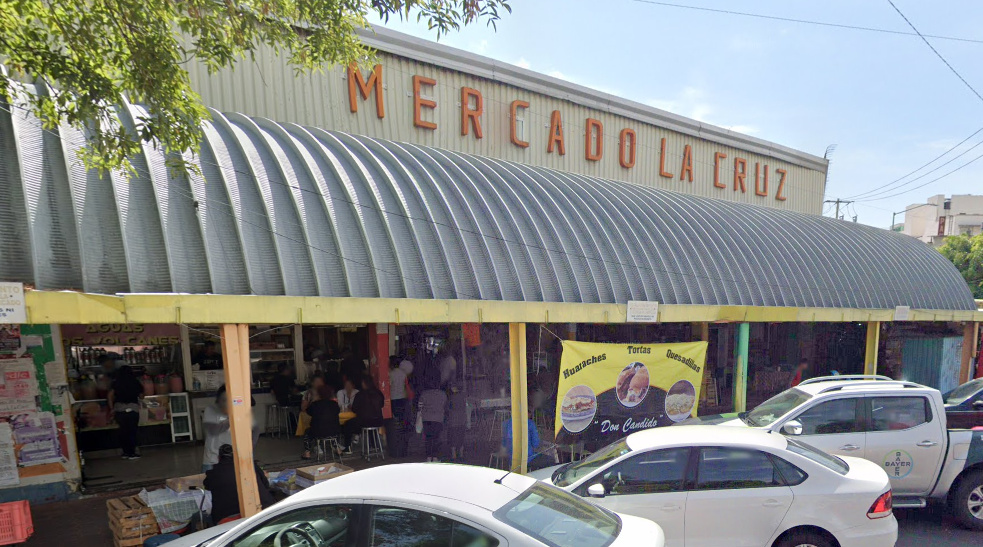 The Market of La Cruz Coyuca is about halfway between the Santa Anita and Coyuya subway stations, marking a sort of midway point on the extremely underrated Avenida Coyuca, a street that bisects the Santa Anita and La Cruz neighborhoods almost diagonally. The avenue is very pleasant, with a tree-lined walkway in its center. The two neighborhoods have a long history. Santa Anita is officially the only original settlement in the Iztacalco municipality, while La Cruz (or Santa Cruz) was once the ranch of La Cruz Matlapanco, which was part of Granjas Mexico and which today is Ciudad Deportiva (located to the east). Surprisingly, the name Rancho La Cruz is still used quite frequently.

Both colonias share the heritage of being the site of an old canal a little to the north. The ranch we alluded to was primarily dedicated to the production of several types of cattle, however, what today’s visitor can observe is that the market is fully devoted to the also traditional production and sale of tamales that distinguishes Santa Anita. Long ago, tamales were carried in canoes across the canal to points as far away as Colonia Guerrero. And although with changes, the remnants of this tradition can be seen throughout the area.

A study done by the Universidad Autónoma Metropolitana in 2017 showed a count of 231 merchants in the La Cruz market. Many of them are dedicated every day to selling food in stalls where you can sit down, which are preferable to those that vend on the street or more expensive restaurants; in any case, you will pop with satisfaction after tasting the tamales in this place.

The La Cruz market is behind the large, but fortunately low-rise, pediatric hospital, both of which are well-known institutions in the neighborhood.