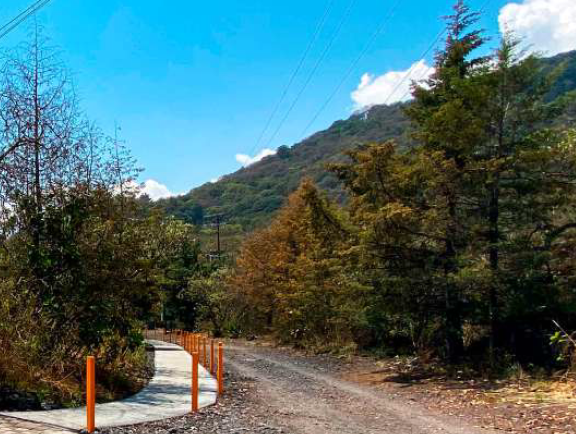 The Mexico City Ecological Park is a giant protected area surrounding the northern and eastern slopes of the Xitle volcano. That’s the volcano that famously erupted between 200 and 300 C.E. dooming the ancient city of Cuicuilco, and creating the Pedregal lava fields.

Visitors arrive to a number of entrances. The park is simply that big. The protected area has been established since 1989, but a 2020 rehab resulted in the Grand Prize from the Latin American Landscape Architecture Biennial.

The 2020 rehabilitation also included improvements to the park’s butterfly garden, pollinator garden, trails, bicycle paths, recreational, and security areas. There are also some outstanding viewing platforms. It’s a natural area with some services and improvements, although one can slip into a purely immersive natural environment, too.

The park is bisected by the Cuernavaca Railroad Bikeway, making it an excellent stop for bicyclists. The park also borders some dozen neighborhoods in Tlalpan. Many of these have their own entrances. But the park is likely most often associated with the town of San Andrés Totoltepec, just east of the park.

Visitors are reminded that the primary purpose of the Mexico City Ecological Park is for the protection of the natural environment and species within it. That means extra measures are in place to control waste and pollution within the park.