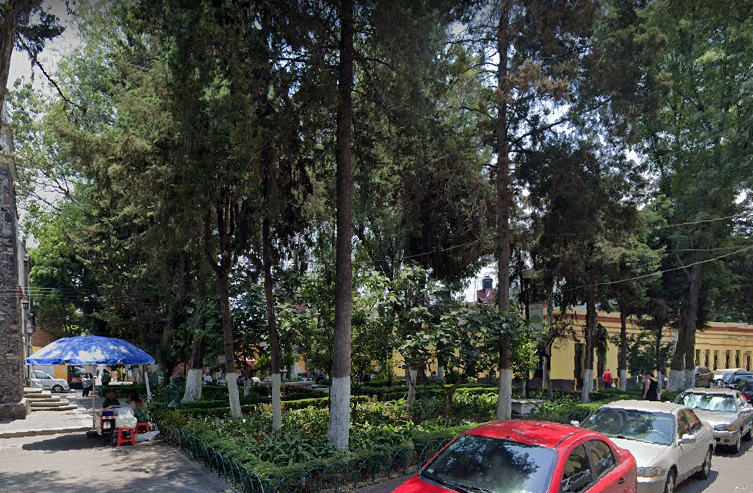 The Plaza la Romita is the center of a tiny and much-loved neighborhood in the north of Roma Norte. In ancient times it was known as Aztacalco. Some maps will depict it as an island or semi-detached peninsula off the southwest corner of the island of ancient Tenochtitlan. The name means “house of the herons,” and indigenous people continued to inhabit the area throughout the colonial period.

The plaza is of course the former atrium of the Incarnate Word church. But the neighborhood was known as the Potreros de Romita. Presumably horses were grazed in the surrounding pastures. But the Romita name is thought to refer to the tree-lined character of this stretch of the road to Chapultepec. It simply reminded some passersby of avenues in Rome. In 1529, Carlos of Spain awarded the entire property to Hernán Cortés, along with the more distant Chapultepec Forest.

Today it’s a favorite little neighborhood for precisely its long history as an area apart. The Colonia Roma Nte developed mostly in the 20th century. That converted the little town’s pasture land to plots and ever-encroaching city. Today, it’s a small part of the Colonia Roma. Rather adamantly, it’s still apart.

A tiny church in one of Mexico City's most enigmatic neighborhoods.

On the outskirts of the City center, however you find it, it's the Metro with a market.