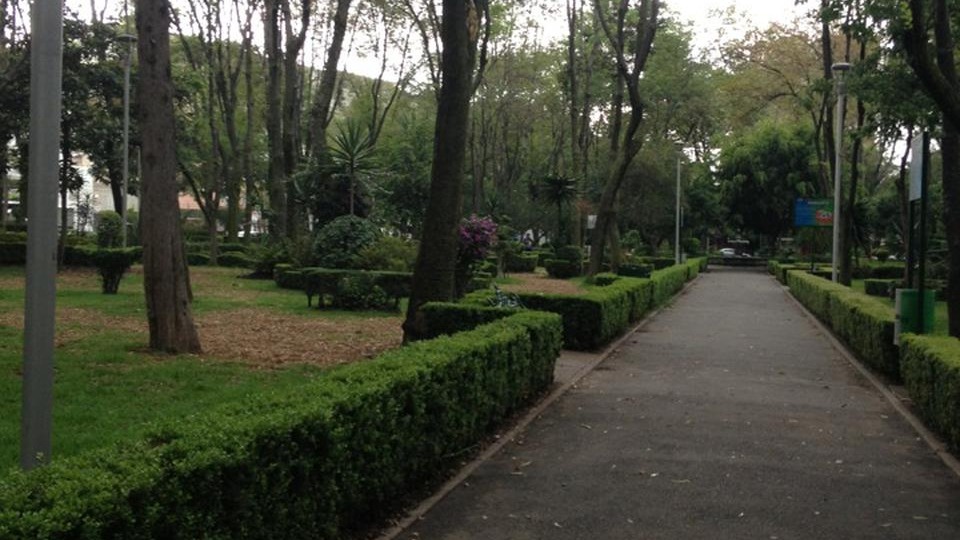 The Parque Acacias was known for many years as the Parque José María Olloqui.  A 19th-century philanthropist, Olloqui donated a great deal of property to the benefit of the surrounding community. He was married in 1865 in the Church of Saints Cosme and Damian, but very little more is known of his life. He died in 1885. A trust thereafter administered this park and some other projects.

Residents more commonly call the park by the name it shares with the larger neighborhood. Colonia Acacias was in turn named for the (usually) Australian species of trees which grew here. Like much of central Benito Juárez, the name likely descends to us from the many ranches, and especially orchards. These covered the area by the mid-19th century. Much of this part of the city, including Del Valle itself, bear the names of these early replacements for the larger haciendas. Those mostly disappeared from independent Mexico.

Today the Parque Acacias is just a few minutes walk from Metro Coyoacán and thus the Coyoacán shopping center, too. It’s an especially popular park for the kids area. That’s colorful and expansive. As a stretch of green in crowded southern Benito Juárez, the park is a popular area with neighborhood residents.