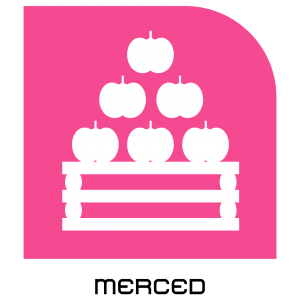 The Metro Merced station, on certain days, will actually smell of the market upstairs. For international visitors, it’s a real treat, and an awesome adventure.

The station is one of three Metro stations designed by the master architect of hyperbolic paraboloid structures, Felix Candela, in the 1960s. But for visitors, passing through the station is just one step on the way into the market.

Exiting the station, from either side, can be a disorienting experience. There’s a lot going on  up there. In fact, the station itself has been increasingly busy, within the top 20 busiest of all Metro stations for the past several years.

For many visitors, a trip to the Merced Market means visiting the giant Nave Mayor. That’s easily the biggest market building here, and the station exit is right inside.  For those determined to see the whole thing, we’re working on a guide to all of the Merced markets that can reasonably be included when people say “La Merced.” It’s more than you might think.

Just remember, La Merced is also the Barrio that includes just about all of the southeast of the Centro Histórico and the eastern edge of the Venustiano Carranza alcaldía. There’s a lot to take in. But visiting any part of La Merced, you’ll soon see why it’s worth it. And the Metro Merced is just the beginning.

A former grain warehouse on the Banks of the Royal Canal.