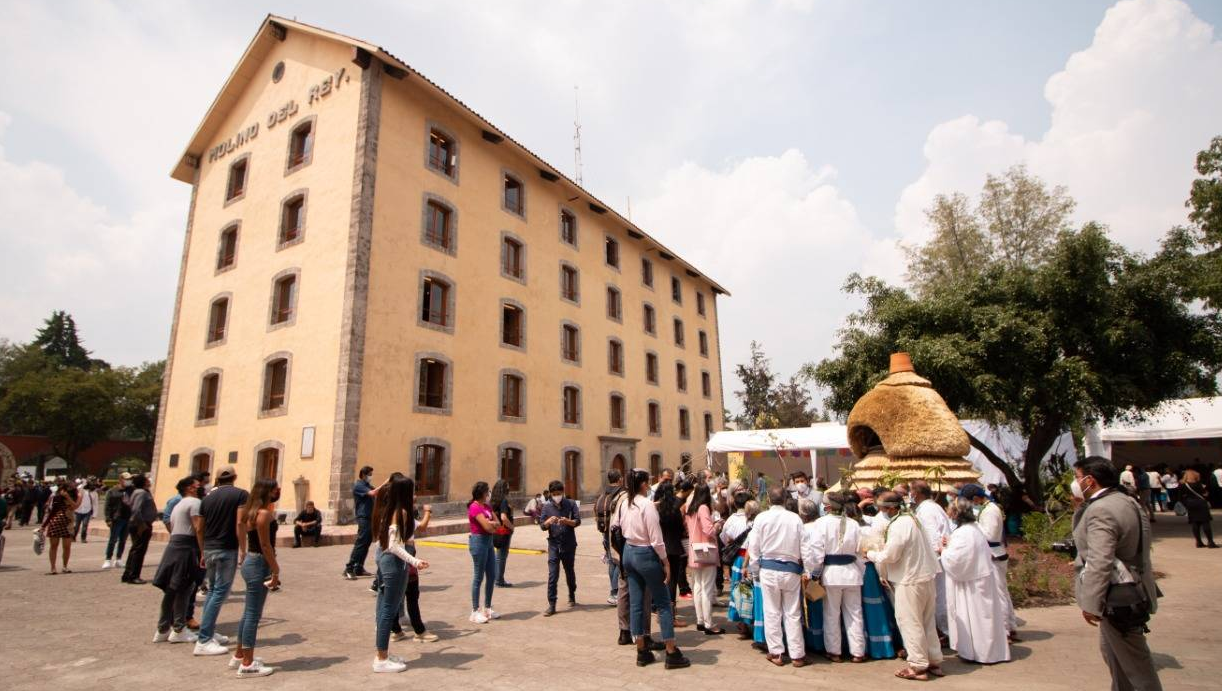 The Museo Cencalli is officially the “Casa del maíz y la cultura alimentaria.” That’s the “House of Maize and the Culture of Food.” The museum is dedicated to the 68 indigenous cultures of Mexico and to the food they developed, refined, and perfected over many generations. “Cencalli” is simply the Nahuatl word for “family.”

The museum is part of the Los Pino Cultural Complex on the southwestern corner of Chapultepec Park (Section 1). It’s intended to highlight and explore the Mexican culture of food. It’s recognized by UNESCO as part of the Intangible Cultural Heritage of Humanity.

The museum is today within the historic Molino del Rey building (pictured above). Dating from the 18th century, the building was dependent on the nearby Santa Fe Aquaduct. The water was used to washed the wheat sent to the mill for grinding. The original land grant for the hacienda was made by Viceroy Antonio de Mendoza in 1550. It served as a grinding mill throughout the colonial period. The hacienda was sold off in parts after Mexican independence in the 19th century.

During the Battle of Molino del Rey in 1847, the area was heavily fortified to defend the City from the invading United States troops. The historic cannons on the grounds were added to the site to commemorate these events. The building was used to house staff of the presidential administration during much of the 20th century when the presidential residence was still located in the Los Pinos building.

Today the museum hosts permanent exhibitions to emphasize the importance of the history of corn (maize) to the culture of Mexico. The Cencalli’s objectives include public education on issues of food biodiversity, techniques, art and culture revolving around the ancestral and contemporary culinary tradition. The Cencalli Museum also houses the the Guillermo Bonfil Batalla Documentation Center and the El Solar agro-ecological market.

Walking to the Museum, through the south end of the Los Pinos Cultural Complex, takes about 10 minutes from Metro Constituyentes.

A quiet tribute to one of Mexico's Revolutionary Leaders...

A museum dedicated to the ancestral and contemporary culture of Food in Mexico...

A quiet tribute to one of Mexico's Revolutionary Leaders...