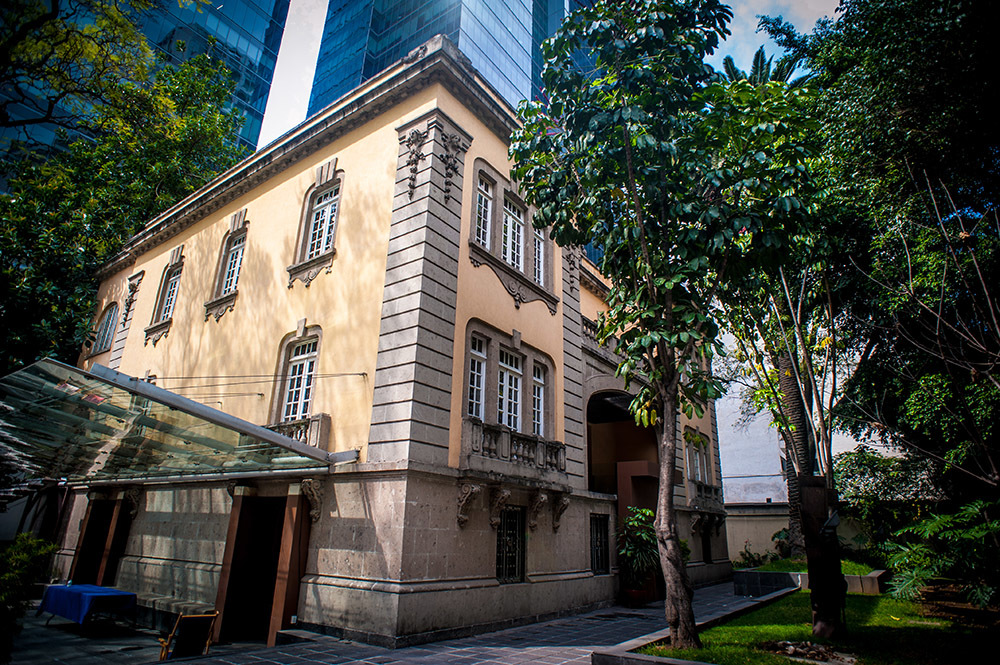 Casa de Francia was founded in 1944 as the Institut français d’Amérique Latine (IFAL). It’s been a key cultural and pedagogical center in the city and in Mexico ever since. With an emphasis on supporting the exchange of ideas in the dissemination of cultural and artistic cooperation, the Casa de Francia regularly hosts exhibitions, films, workshops, conferences.

Today much of the IFAL’s work gets done at the location in the colonia Cuauhtémoc at Río Nazas 43. Closely aligned with the French Embassy, the colonia Juárez location houses the Mediateque media library and it’s still the site of some of IFAL’s important materials for French language instruction, linguistic and educational cooperation, university cooperation, and research, scientific and council cooperation, and technical cooperation. They also do work to promote cultural activities throughout Latin America.

Some students can also receive a Bachelor’s degree from the French Institute of Higher Studies of Fashion (Instituto de Estudios Superiores de la Moda). But the Casa de Francia is best loved for its  concerts of classical and contemporary music, movie screenings and for the Sala Molière. The screening room was remodeled by the Mexican architect, Bernardo Gómez Pimienta. It was the site of the first screening of Luis Buñuel’s “Los Olvidados” in 1950.

The information center on contemporary France is credited with holding the most important collection of French literary works in Latin America. But lots of visitors still come for “Le Cordon Blue”, the house French restaurant which has continued the tradition of French culinary excellence in Mexico City over many, many years.

Embassy of Japan in Mexico City

The UK's diplomatic mission to Mexico...

A Zona Rosa Gallery with a contemporary art mission...

Embassy of Japan in Mexico City