Chapel of the Concepción Cuepopan

Today, when we speak of the Triple Alliance, formalized in 1427, we're speaking of the final military triumph of Tenochitlan. The military agreement cemented relations between the Mexica people and the leaderships of Texcoco, and Tlacopan, today's Tacuba. But the alliance only happened in the midst of the succession crisis provoked by the death of the Tepenec ruler, Tezozómoc, in 1426.

The three allied powers were arrayed against densely populated Azcapotzalco. And after decades of conflict, the raids from the west, along the Mexico-Tacuba Causeway were finally ended. The alliance allowed for the rise of Tenochtitlan. As the dominant power, it was to last just shy of 100 years. It's remembered today for having produced one of the world's most splendid and populous cities.

Even today, Azcapotzalco has more original settlements than any other part of the City. These descend to us today from 27 original neighborhoods delineated by the Spanish missionaries. (Today there are 25.)

But from the Historical Center, across the northwest of the Mexico City, there are still reminders of this distant conflict, and its resolution. 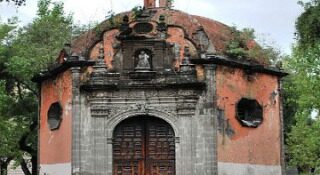