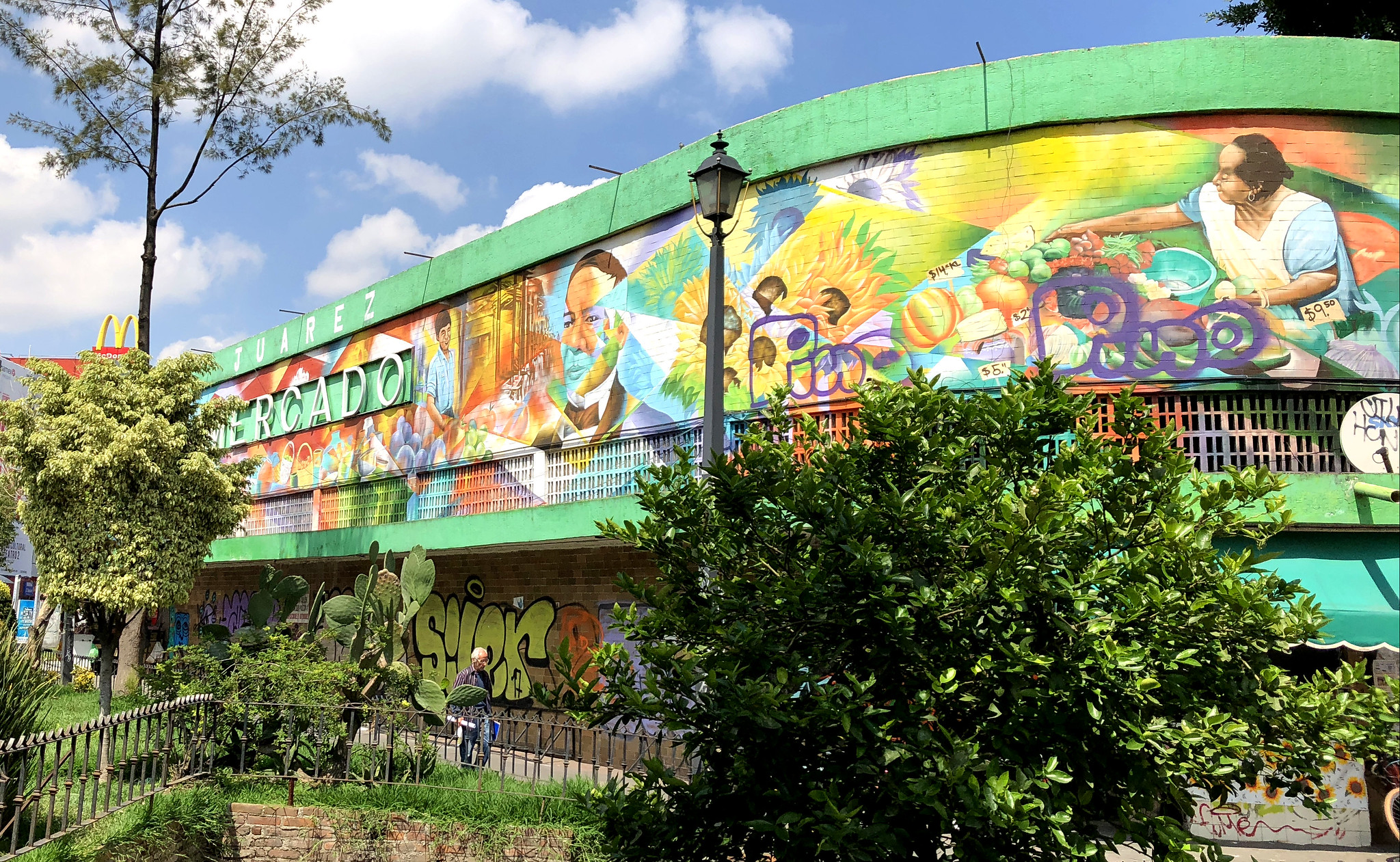 The Colonia Juárez includes two sides, east and west, of the central and probably better-known Zona Rosa. Click through for points in Zona Rosa and the west side of this same neighborhood. There are many! Here in the east, pedestrians are bedeviled by the clashing street layouts that change completely along the lengths of the Calles Roma and Versalles. It's part of the reason the area demands its own map.

As a long thin neighborhood, it preserves many of the best standing examples of Porfiriato-era architecture in Mexico City. Development began in the 19th-century by Rafael Martínez de la Torre. He's best remembered today in the market that bears his name to the north.

By the end of the century, the neighborhood had grown into one of the wealthiest in the City. On the anniversary of the birth of Benito Juárez in 1906, the City government decided to officially call the area Colonia Juárez. It had filled with the enormous mansions in the French-style. Although any of these were lost in fires during the Mexican Revolution, the Juárez neighborhood is today especially known for preserving that architectural legacy.

It's an increasingly important nightlife and culinary center, and a wonderful neighborhood for strolling and taking in the sights. Alas, despite the cantankerous street layout, streets are shaded and sites are aplenty.